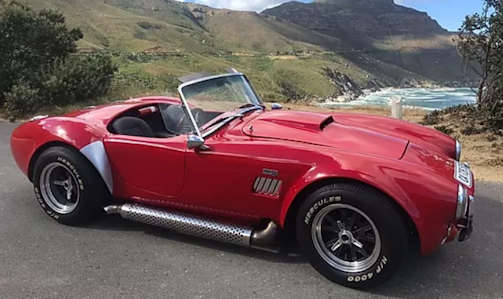 In 1984, Hayden produced his first replica of an AC Cobra .  According to information developed in the coming years by Hayden and a licensee of several hundred copies as a right and left hand drive.  In 1996, founded the company Hayden Dart Engineering cc in Cape Town , which offered two models.

With the Hayden 427 , the company continued to offer a Cobra replica. The vehicle was available with V8 engine from Ford or Chevrolet and with manual or automatic transmission.  The cars had a wheelbase of 231 cm and weighed about 1200 kg.

The second model was the Hayden Dart , a 1997  or 1998  replica of the GSM Dart by Glass Sports Motor . The vehicle was technically modernized compared to the original, integrated bumpers and a front spoiler .  the model was manufactured Montague Gardens .