An exposed, rigid steel frame, marketed as the "Tridion" frame, surrounds and protects the passenger compartment while defining the car's shape and design—and allowing for interchangeable plastic body panels to complete the exterior. With a weight of 730 kg (1,609 lb), it is one of the lightest cars in the European market.

The Smart is equipped with seat-mounted combination side airbags as well as electronic stability control. To maximize the front crumple zone, the smart Fortwo's engine is rear-mounted.

In Insurance Institute for Highway Safety (IIHS) tests, the 2008 Smart Fortwo, the smallest car marketed in the US market, earned the top overall rating of "Good" in both the front and side crash tests. The Fortwo received the "Good" score in 8 of 11 measured injury categories. Its seat/head restraints earned the second highest rating of "Acceptable" for protection against whiplash in rear impacts. The IIHS did an offset crash test with a Smart Fortwo and Mercedes-Benz C-Class, which is 40% of one car's driver's side head on with 40% of another car's driver's side, and the Smart received a "Poor" rating due to the occupants' heads slamming into the steering wheel. Also, there was too much intrusion into the footwell of the Smart Fortwo. The dummy movement was not well controlled. The Smart Fortwo spun 450 degrees in the air upon impact.

At the 2007 Frankfurt Motor Show, Smart launched the a "micro hybrid drive" version of the Fortwo. Smart claimed this provides a fuel efficiency improvement of eight percent from 50 miles per US gallon (4.7 L/100 km; 60 mpg-imp) to almost 55 miles per US gallon (4.3 L/100 km; 66 mpg-imp), while Carbon dioxide emissions drop from 112 to 103 g/km.The mhd version of the Fortwo is not currently available in the USA or Canada. 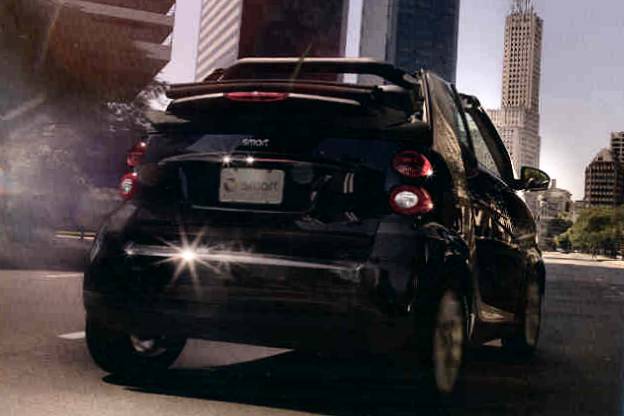 BRABUS is a sport package that include a sport exhaust with dual center tips, sport suspension, 15- front and 17-inch rear wheels, power steering and all the BRABUS visual cues. The BRABUS package is available in cabriolet or coupe variations, the latter equipped with a glass panoramic roof, and a choice of two colors, metallic silver or deep black.

Smart Canada released ten 10th anniversary edition smart Fortwo cars in February 2009. Each car started life as a Canadian BRABUS model before being converted into 10th anniversary editions by BRABUS in Germany. All of the cars are arctic grey metallic with chalet brown and alcantara leather interiors with black BRABUS Monoblock 7 wheels. Each car has a number plate on the dash to signify its production number out of ten. One was given away in the tenth anniversary contest and the remaining nine cars were available for purchase via smart Canada's buyers draw.

smart Canada also commissioned Busch Automodelle GmbH to produce 1:87 scale versions (with a black tridion), of which 10,000 were made. 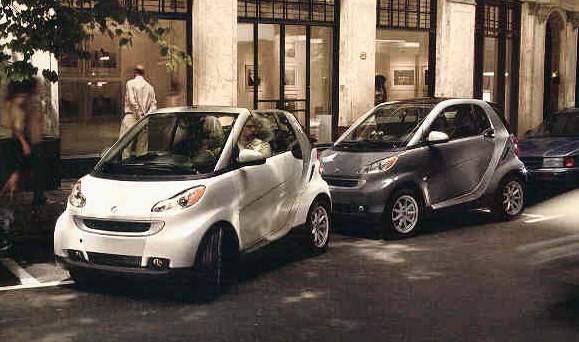