The Smart Forfour was a city car produced by Smart between April 2004 and June 2006. Unlike the other models of the marque, the Forfour was a more conventional five-door hatchback with a relatively roomy interior, available as a four/five-seater.

The car was produced at the NedCar factory in the Netherlands in conjunction with Mitsubishi Motors. This is the same factory that produced Volvo 300 cars in the 1970s and 1980s and the Volvo V40s in the 1990s. To save production costs, the Smart Forfour shared almost all of its components with the 2003 Mitsubishi Colt. This includes the chassis, suspension and a new generation of MIVEC petrol engines, ranging from the three cylinder 1.1 L (67 cu in) to the four cylinder with power up to 80 kW (109 PS; 107 hp). The 1.5 L (92 cu in) common direct injection (cdi) diesel engine, is a three-cylinder Mercedes-Benz engine derived from the four-cylinder used in the Mercedes-Benz A-Class, and is available with either 68 PS (50 kW; 67 hp) or 95 PS (70 kW; 94 hp).

A Brabus-prepared sports version has been available since 2005. It is powered by a turbocharged Mitsubishi 4G15 engine, developing 130 kW (177 PS; 174 hp), 27 PS (20 kW; 27 hp) more than the Mitsubishi Colt CZT. The Brabus Forfour requires higher than standard octane fuel to develop full power. It can reach a maximum speed of 221 km/h (137 mph) and accelerate from zero to 100 km/h (62 mph) in 6.9 seconds. The Forfour was to be sold in the United States along with the revived Smart Formore vehicle. However, due to slow sales, the Forfour has been phased out from production. 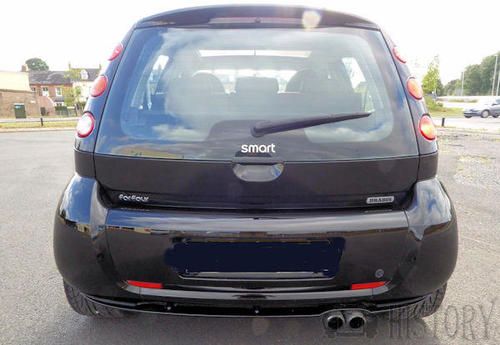 The sales brochures state that the interior "is designed around the concept of a lounge"; to test this, Top Gear presenters spent 24 hours inside the Forfour. They said they would not buy the car due to its high price and poor driving dynamics compared to its rivals. 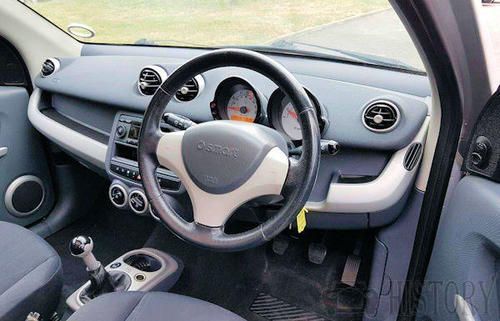 Following Smart's initial success for the fortwo in the US, and due to a surprisingly high popularity in the Forfour, former Mercedes-Benz exec Rainer Schmückle revealed that officials were considering relaunching the car This has also to be seen in the light of the mutual stock exchange between the maker of small cars Renault and Mercedes.

The basic equipment that is standard across all versions of the Smart Forfour from 2004 to 2006.

A Smart Forfour has been converted into a plug-in hybrid by Lithium Technology Corporation and Zytek Systems. The lithium-ion battery can propel the vehicle up to 84 mph (135 km/h) and last on its own for up to 20 miles (32 km). The engine is a combination of a 68 hp (51 kW; 69 PS), 1.5 L (92 cu in), three-cylinder turbocharged diesel engine and two high-efficiency permanent-magnet electric motors. It received an award from the Energy Saving Trust for the “Ultra Low Carbon Car Challenge” project. 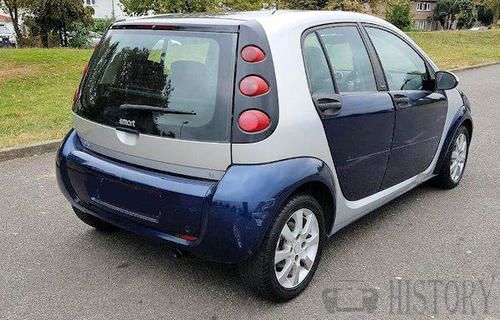