The Smart Fortwo is a rear-engined two-seater city car manufactured by Smart GmbH, introduced at the 1998 Paris Motor Show as the Smart City Coupé, and currently in its second generation. The name refers to its seat capacity.An all-electric version was introduced in 2007, the Smart electric drive, and a second generation, with a total of 2,000 electric cars was produced between 2009 and 2012.

The Smart features an automated manual transmission without a clutch pedal, six-speed for the first generation, five-speed for the second. Input from floor-mounted shifter or optional steering wheel-mounted paddles controls a servo-operated clutch and sequential automated gearbox. The vehicle may be driven in automatic mode, though the shift points are not as smooth as in a traditional automatic transmission. In paddle shifter mode, the operator controls the shift points but cannot feather or adjust the speed of the clutch.

From 2009, second generation Fortwos were delivered with improved software that made automatic gear changes both smoother and faster than earlier models. The software, in the form of a free ECU upgrade was also made available for 2008 second generation cars, along with a new battery in certain cases.

The Smart car allows back-in parking in otherwise parallel parking zones; its length of 250 cm (98.4 in) equals the width of a truck or a regular parking slot, allowing two Smarts to park in a standard space reserved for a single car. However, this type of parking has been banned in Munich, Germany, amongst other places. Such parking in parallel-designated spaces is illegal in most U.S.A jurisdictions.

The Smart features interchangeable body panels—whereby one car can easily assume a different look. To accommodate a licensing agent's notation of a vehicle's color, the Fortwo is sometimes registered as silver or black based on the Tridion frame color, which remains constant regardless of the body panels.

The "Fortwo" is available as a Coupe or Cabriolet. Originally called the "city coupe" & "city cabrio" respectively, now called the "Fortwo" & "Fortwo cabrio" which was introduced in 2000, and was restyled in 2002. Model variants include the base model Pure, sporty mid-spec model Pulse coupe, and luxury top-spec model Passion Cabriolet. 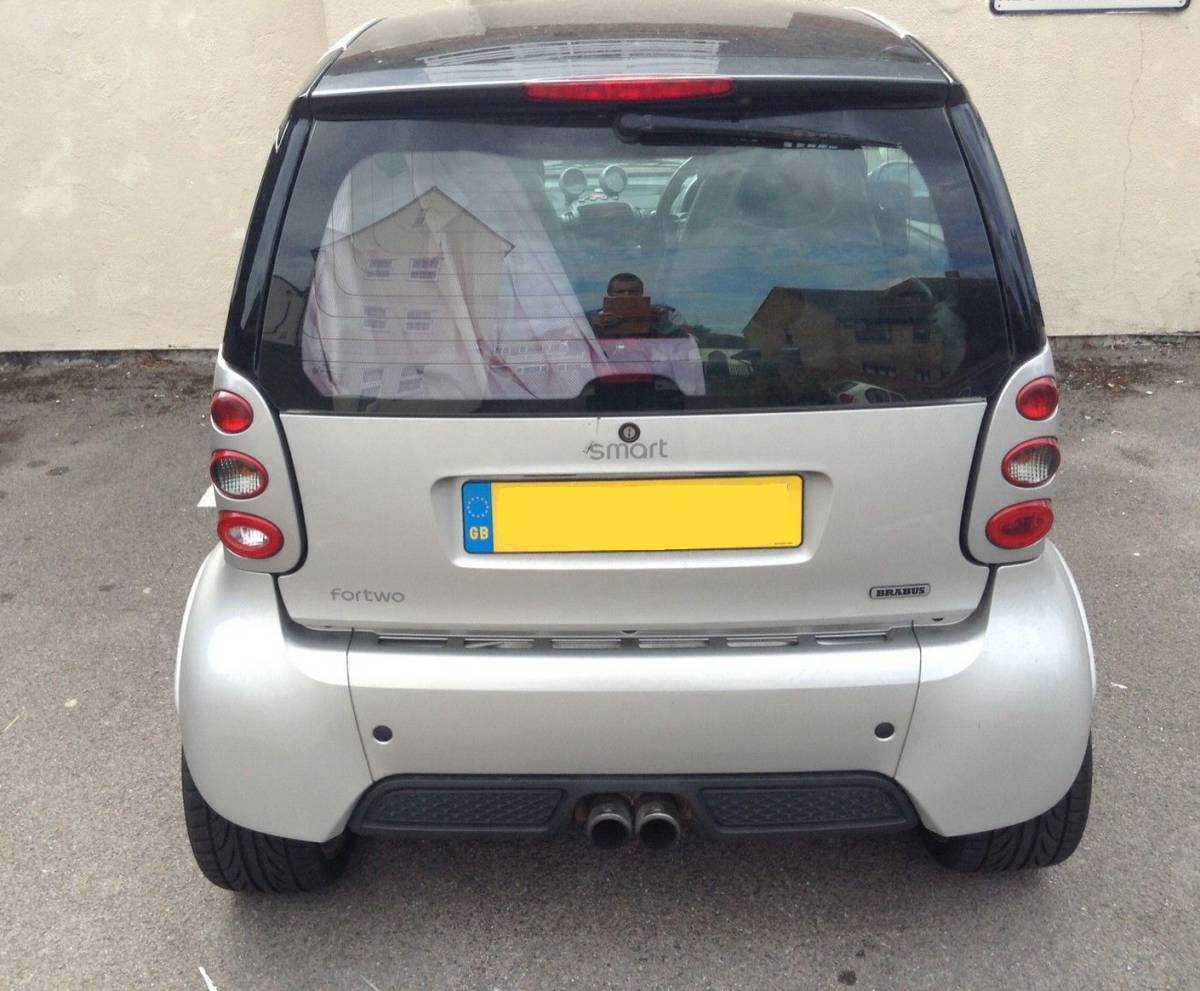