An all new Škoda Superb (B6, Typ 3T) was unveiled at the Geneva Motor Show in early March 2008.

Based on a stretched version of the latest A5 Octavia platform, the Volkswagen Group A6 PQ46, this Superb is a five door five seat liftback, with an innovative rear door that can double as a regular separate sedan trunk, and full liftback, known as 'Twindoor'.

Being based on the Octavia A5 platform, this Superb now uses a transverse engine layout. A Superb Combi – five door estate with 633 litres in the boot – was presented to the press in June 2009, and debuted at the Frankfurt Motor Show in September 2009.

Transmissions include five and six speed manual gearboxes, and the popular automatic Direct-Shift Gearbox (DSG) with either six or seven speeds, as an option on almost all engine/trim combinations. Add to the front wheel drive, the Superb and Superb Combi were available with all wheel drive with fourth generation Haldex clutch. The wheels were choice of 16", 17" and 18". 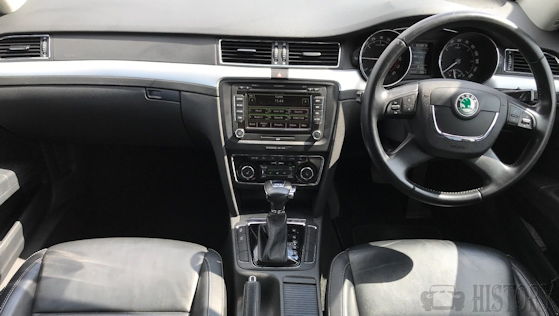 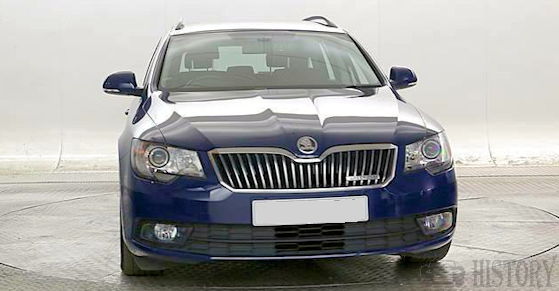 In April 2013, Škoda unveiled a facelifted Superb in Shanghai. It was released for sale in the European market in June 2013. Updated exterior design features Škoda new design language elements. Headlights are fitted with integrated LED daylight running lights; diodes are standard for tail lights, too. The Twindoor opening mechanism was changed in order to provide easier operation: one button opens just the lid, while the other opens whole tailgate.

Up to now, one button was dedicated just for opening, while the other had shifting function. With the facelift, a combination of all wheel drive and DSG automatic transmission appeared on offer for the 125 kW two litre diesel engine. Starting from January 2014, design Outdoor package is available for the Superb Combi. 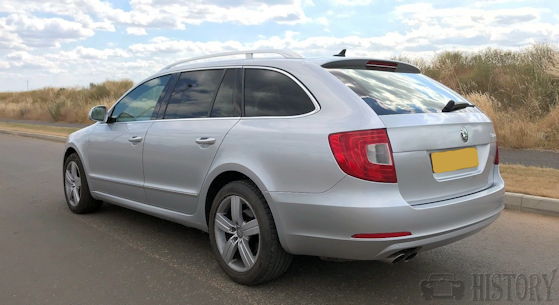