The first generation of the modern Superb, produced from 2001 to 2008, was based on the VW B5 PL45+ platform. The second generation Superb used the B6 A6/PQ46 and was introduced in 2008. The third, and current, generation using the MQB platform, entered production in 2015. It is currently the flagship model in Škoda's model range.

Several petrol and diesel internal combustion engines are shared with the rest of the Volkswagen Grouprange; and like the B5 Passat and B6/B7 Audi A4 which use the same automobile platform, they are mounted at the front, and orientated longitudinally.

The Superb received a minor facelift in August 2006 incorporating Škoda's new radiator grille, headlights, side repeater indicators integrated into the door mirrors, and C-shaped tail lights in the style of Škoda Roomster and latest Škoda Octavia.

An interior redesign completed the upgrades. A 'Laurin and Klement' model became the top of the range, replacing the 'Elegance' model. A range of new engines was introduced and the interior featured real wood as part of some trim levels. The 'Comfort', 'Elegance' and 'Laurin & Klement' models feature an umbrella stowed in the rear door panel. 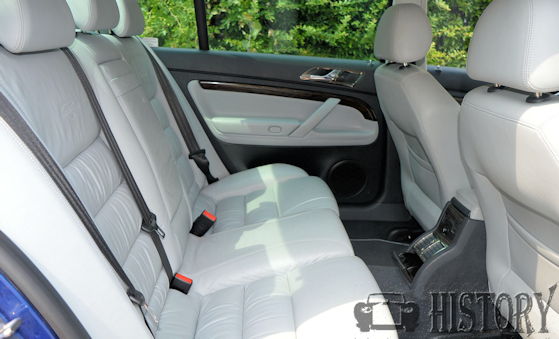 Škoda considered an estate version of the Superb, but it never proceeded to production. The reason it wasn't put in production was that Volkswagen feared that an estate would take too much market share from its own Passat Variant and Audi's A6 Avant. When the Superb was released in the United Kingdom, the most expensive variant was priced at only £1,000 more than the cheapest Jaguar X-Type. 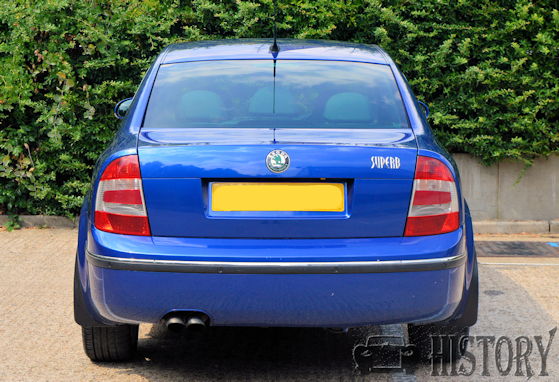