The Škoda 1200 was a family car produced by Czechoslovakian automaker AZNP at their plant in Mladá Boleslav. Sedan and station wagons versions were offered. The car appeared in 1952 as a successor to the Škoda 1101. It was the first mass-produced Škoda to use the steel ponton format body.

The 1200 was available as a four-door saloon, three-door van or five-door station wagon. There were also made about 2,000 ambulances. 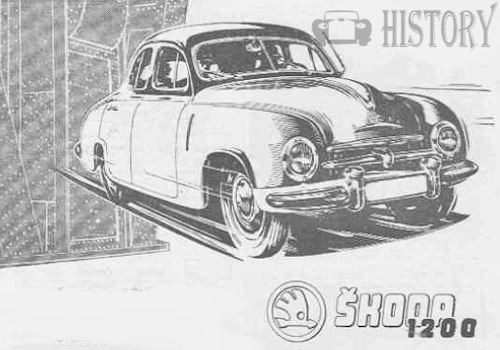