The new Nine Sports was introduced in the fall of 1932. This came on the heels of the earlier success of the two seater "Nine" sports cars previously released. Though its conception was derived from previous models of the Junior and the 9 h.p car line, it was machine that stood alone is its uniqueness. The Nine Sports was even manufactured in a different factory, in Coventry. Previous models were manufactured in a site in Birmingham.

The Le Mans styling of that time heavily influenced the modeling of the Nine Sports. Though not intended to be a four seater, up to two extra passengers, could ride for small distances. They would be seated nearly upright, with limited space and not much leg room at all.

The Nine Sports came loaded with a 972 cc. overhead cam engine that featured an increased bore of 60 mm fueled by twin downdraft S. U carburetors. The very tight ratio of the gear box made is suited especially for trial work as the power and acceleration elements were more paramount then the maximum speed potential. Adjustable, large Andre Hartford friction shock absorbers controlled the half elliptic springs, which were plentiful in the design. An supremely good suspension, provided suppleness and steadiness, devoid of any wheel shimmy, pitching or rolling. Moderately powerful braking was powered by Lockheed 10 inch hydraulic brakes that came standard in for the front and rear. Ultimately the Nine produced nearly 31 b.h.p at 4600 R. P. M., and with the windscreen flattened, could reach over 66 m.ph. in speed. Top speed was affected only slightly, to near 64 m.p.h, with the windscreen raised. Cruising speed of 50 m.p.h. was easily managed.

The Nine Sports is distinguished with being the first to create a really significant following or patronage of sports car enthusiasts. Within a small period of time, it became a winner in terms of performance. And off the bat it was hailed for its looks. Early models raced effortlessly in the late autumn trials. A group of nine of them scored extremely well and took 8 premier awards at Christmas, in the London to Exeter run.

The Nine won recognition in the 1933 Le Mans by Barnes and Langley, when a near stock model became the first British car not supercharged and under 1000 cc's to win entrance for the Rudge-Whitworth Biennial Cup. The slight adjustments in that model, from the stock models, were a higher compression engine that was mildly tuned, larger headlights, altered gear ratios, and a long range gas tank that overtook the rear seating space.

The Nine fought to be in close competition with the Singer in other arduous, long distance, reliability competitions. In fact, a team of three Nine Sports production models held some of the highest mountain passes in Europe, in the Alphine 6 Day's Trial. The entire Singer fleet went on to win second place in the category of cars under 1100 cc's.

The Singer was a steal, with its impressive array of devices such as an Ashby Brooklands steering wheel, trimmings in furniture hide upholstery and a mahogany dashboard. However, priced at a mere 185 pounds, the stock Nine Sports surpassed its closest competitors in price, quality and performance.

The Nine Sports was steadily and regularly improved upon and upgraded, from 1933 to 1937, in both minor and significant ways. 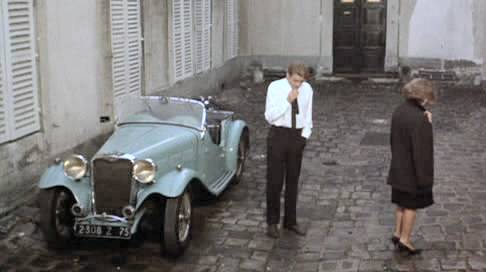 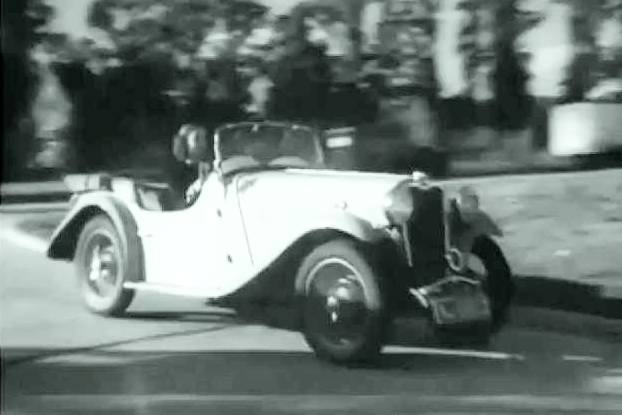