The Gazelle was the first Singer to be produced following the take-over of the Singer company by the Rootes Group in 1956 and was a version of the mainstream Hillman Minx differing mainly in retaining the Singer overhead cam engine. Externally the only significant difference was a restyled nose based around a traditional Singer grille.

The body style followed by the Gazelle between 1956 and 1967 came to be known as the "Audax" body, with significant input from the US based Loewy design organisation, highly regarded at the time partly on account of Loewy's input to several iconic Studebaker designs.

The Mk II Gazelle, offered from autumn 1957, could be bought as an estate car, and had optional overdrive and larger fuel tank.

The suspension was independent at the front using coil springs while at the rear was a live axle and half elliptic leaf springs. The steering gear used a worm and nut system.

As standard, the car had a bench front seat but individual seats were available as an option. To allow for the bench seat, the handbrake lever was between the seat and the door.

The drophead version had a two position hood where it could be either completely lowered or rolled back to just behind the front seats described as the coupé de ville position. All side windows could be completely lowered. To compensate for the loss of body rigidity by the removal of the roof, extra cross bracing was fitted under the car. 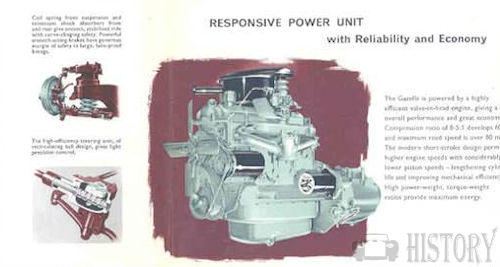 The test car cost £1016 including taxes of £332. This included the optional overdrive, heater and radio. 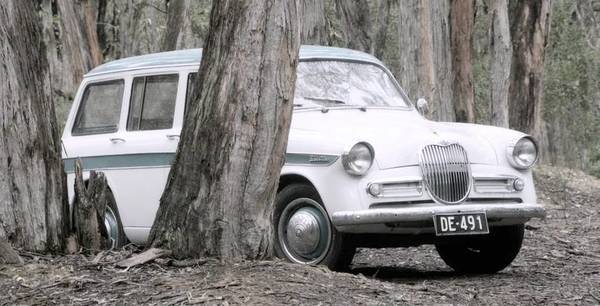