The Rancho is a versatile and original car, designed and produced by Matra under the Matra Simca brand .In 1979, following the integration of Simca into the PSA group , the Rancho was marketed under the name Talbot - Matra until 1984.

Appeared in March 1977 , the Rancho is the result of the second collaboration between Matra and Simca under the Matra Simca brand . For Matra, it results from a deep reflection on the expectation of a clientele other than that of sports coupes. It prefigures, with almost 20 years in advance, the category of crossover and lugospaces now widely present on the market that combine elevated driving position, livability, correct comfort and look adventurer. unusual was the rea facing seats. 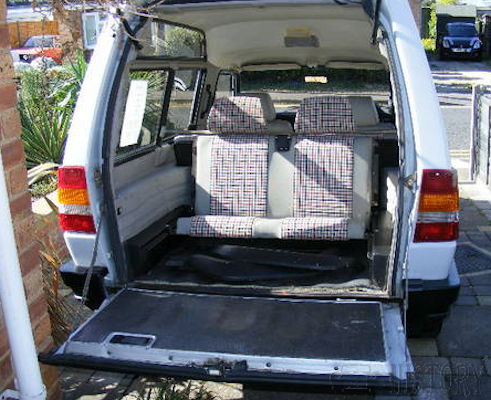 It was produced with 56 457 copies fitted with the Poissy engine  of 1,442 cc inherited from the Simca-Chrysler 1308 built on the Simca 1100 VF 2 platform. Leaving the Poissy plant as a Simca 1100 utility VF 2 incomplete, the vehicles were trucked to the Matra Romorantin factory from where they were completed and finished until 1983 and sold until 1984 .

The Rancho has existed in utility version (AS), family glazed and, much more rare, family tarpaulin (Rancho "Discoverable"), with in all cases, only two side doors, because of the use of the box of the Simca 1100 VF 2 utility . It is for the same reason that it has never been entitled to 4-wheel drive or a 5-speed gearbox .The existence of two types of versions, the one utility, the other family, on the same technical basis and bodywork, the apparent to a MPV.

After the Rancho, Matra will manufacture Renault Espace . 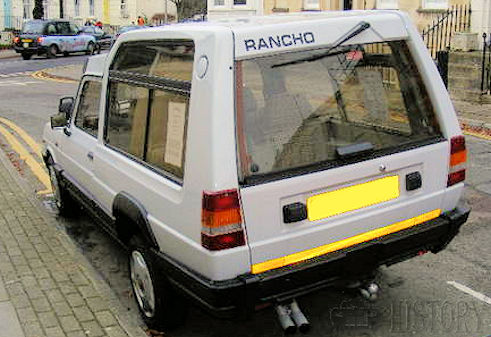