The model series 1300 disc brakes in series, which had the 1500 series already.In October 1966 there was a facelift, the models were now 1301 and 1501. They were extended at the bow and stern, front by 7 cm, rear 13.5 cm, which was reflected in a larger trunk. The hood was pulled further forward and changed the grille, there were flat, rectangular rather than round rear lights. Inside, the vehicles received another instrument carrier. The towering, circular central instrument that Simca had adopted from the Aronde models, gave way to a rectangular display unit with band tacho, now surrounded by wood imitation according to the taste of the time. Furthermore, the heating and ventilation system has been improved. Simca offered the 1301/1501 series in the equipment variants Luxe Super, Grand Luxe and Grand Luxe Super, plus the combi versions Break LS and GLS.Radial tires as standard equipment. 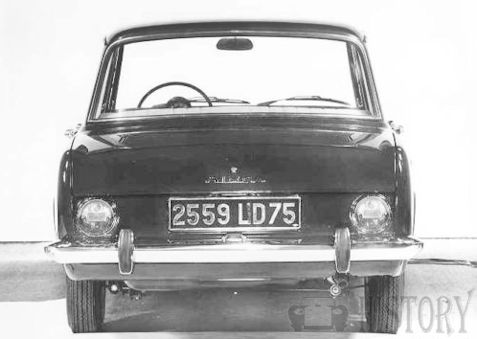