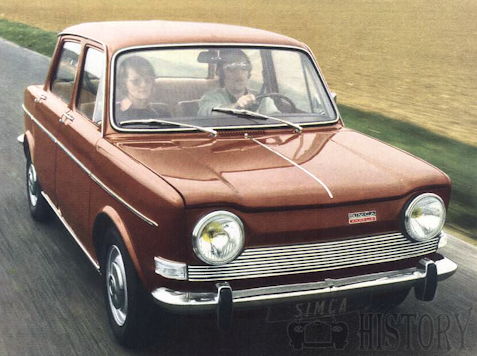 The Simca 1000 is from 1961 to 1978 produced small passenger car of the French car manufacturer Simca . Simca had built since the 1950 produced Simca 6 no small car more.

Presented was the four-door sedan (length 3.80 m, width 1.49 m, four doors, self-supporting body) at the Paris Motor Show in the autumn of 1961. The functional-looking body offered above-average space. The body was Mario Revelli di Beaumontdesigned. The rear-engined engine was new to Simca, based on the collaboration with Fiat , which had designed a slightly larger successor to the Fiat 600. But a common construction was nothing, because in France the requirements for a small car differed from those in Italy. So developed Fiat from the Fiat 600 the - again two-door -Fiat 850 , Simca designed the four-door Simca 1000 with a modern engine with 5  CV , five-bearing crankshaft, cross-flow cylinder head, but still with side camshaft. He had a displacement of 944 cc and initially made 32 hp (24 kW). He was later used with larger displacement in the Simca 1100and its successors. The four-speed gearbox was fully synchronized from the beginning. The suspension with wishbone and transverse leaf spring front and swing axle rear reminded of Fiat. The steering worked with snail and roller , from 1969 there was a rack and pinion steering . The little later released Renault 8 was very similar to the Simca 1000 both technically and externally. 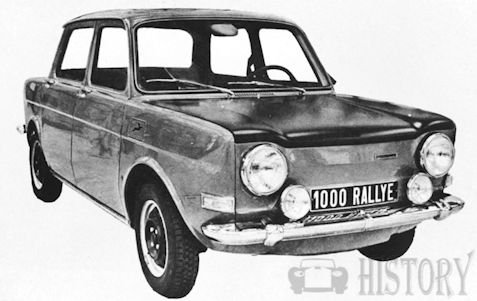 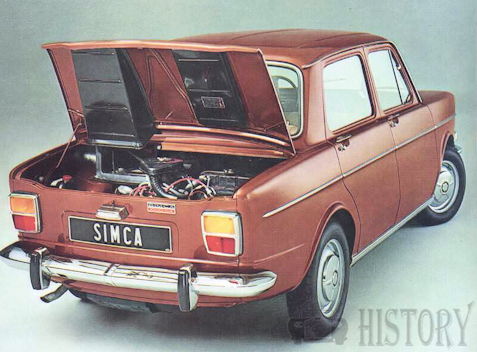