The second Cordoba generation (6L / 6L2) was introduced in October 2002, half a year after Ibiza. However, the offer was limited only to a four-door notchback sedan.The design, like that of the Ibiza III , is by Walter Da Silva , a former Alfa Romeo designer who gave the car an undisguised image of a small Alfa Romeo 156 , also featuring slightly retro-style interiors and clear Alfa Romeo inspiration . This allowed SEAT to resume its Mediterranean identity in the Ibiza , differentiating itself from the Volkswagen product line , as it does not share any stamping or interior pieces with the Polo IV and, in fact, VW it does not use this base for any of its products, being specifically used by SEAT .

In November 2008, the production of Cordoba was discontinued after 15 years without successors. The fall of 2002 set Cordoba Vario was only in the early summer of 2010 with the Seat Ibiza ST  a successor.

Their engines are three inline four-cylinder petrol engines and sixteen valves: a 1.4 L in variants with automatic gearboxes and 75 hp maximum or manual power and 75 hp, and a 1.6 L of 100 hp, and two diesel, a 1.4 L of three cylinders in variants of 70 or 80 HP and a 1.9 L of 100 or 130 HP, both with turbocharger and direct injection. In Mexico it is marketed with the 1.6 L and 2.0 L engines. The first with 100 Cv, and the second, with 115 Cv. In Eastern Europe and Russia they will continue to be exported from Martorell. In 2007 these countries were very important for SEAT, with a growth of 27% compared to 2006.The Cordoba II was manufactured in Mexico With the arrival of these models manufactured locally, it is expected to increase sales significantly in Argentina , Brazil , Colombia , Ecuador , etc. Likewise, it will continue to be manufactured in a line parallel to the new Ibiza at the Martorell factory for export to emerging markets in Eastern Europe, Russia and the Middle East.

Finally, SEAT will stop manufacturing the Córdoba for Europe without having planned to make a third generation on the new Ibiza. 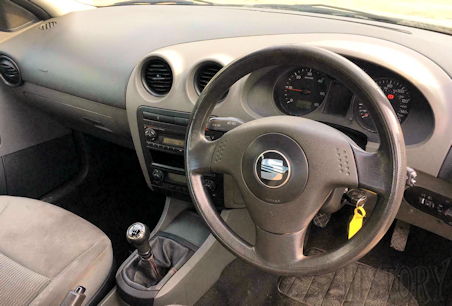 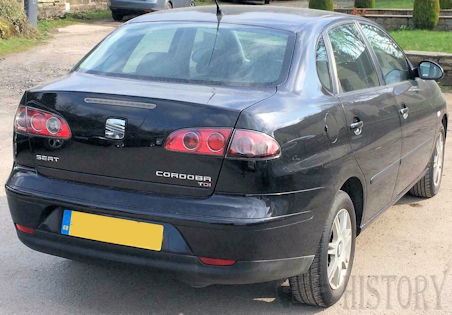