Seat Bolero 330 BT is a prototype concept vehicle of the Spanish car manufacturer Seat , which was unveiled in 1998 as a unique piece at the Geneva Motor Show . It is a sporty, It is a coupe sedan with four doors based on the VW Golf Syncro . Originally, a production model was created under the same name, but this was not realized. Only since 2009, a comparable model is marketed with the Seat Exeo , which is technically not related to the Seat Bolero.

The 4.52 meter long bolero was designed by Erwin Himmel and the Seat Design Center. The doors of the design study are not attached to conventional hinges, but in opposite opening swing doors. There is no B-pillar. The appearance of the front with the wide but flat headlights can be found on the 1999 Seat Leon again. Externally striking are also the yellow paint and the 19-inch alloy wheels. Leather and aluminum are used in the black and silver interior, and the center console is held in place by two bars, which also incorporate the automatic selector lever. 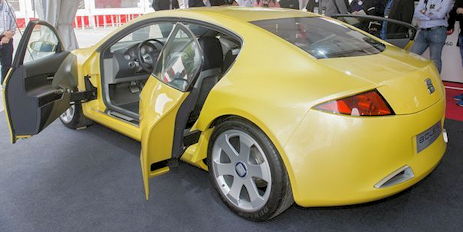 A 2.8-liter V6 gasoline engine with bi-turbo charging (therefore BT) and 242 kW (330 hp) accelerates the study in about five seconds from 0 to 100 km / h and up to a maximum of 273 km / h. The torque of 500 Nm is transferred to a six-speed automatic transmission and distributed by Its permanent four-wheel drive with differential to all wheels. with an acceleration 0-100 km / h of 5 s. , Torsen center differential and Tiptronic six-speed gearbox. Fit 255 / 40R19 tires with 9J x 19-inch wheels.

Among the details of its design, we can highlight the absence of the central pillar and the rear-opening rear doors. Several features of its design were adopted in the SEAT models of the late 90s and early 2000s , such as the SEAT Toledo II and SEAT León I.This prototype also unveiled the new brand logo, consisting of a more rounded S and a center line less than the previous one. This logo would be released in 1999 throughout the range.

The prototype liked a lot and was one of the stars of Geneva, there was a lot of interest in the model, finally the project would be given the green light to develop the production model, and start developing the pre-series model, it was supposed to leave in the year 2000, but in the end it was canceled. A few years later, there was talk of a possible resurgence of this prototype and a possible replacement of the third-generation SEAT Toledo, due to its low sales, in addition to Volkswagen , owner of SEAT had already given its consent to enter production and would be based on the A4. However, this model became the SEAT Exeo , launched in 2009. 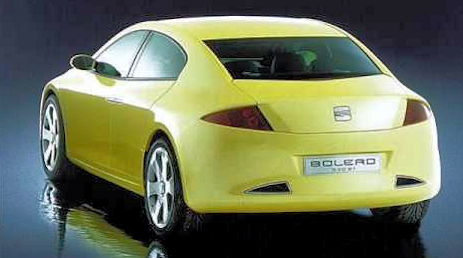