The Seat Arona is a car model of Seat . It is only offered without four-wheel drive and is considered a crossover . It is manufactured since autumn 2017 in the Seat main factory in Martorell .

The Seat Arona was presented to the trade press on 26 June 2017 and via Facebook live stream in Barcelona . The world premiere took place in September 2017 at the IAA in Frankfurt am Main . A natural gas version debuted at the Paris Motor Show in October 2018.

The name Arona follows the tradition of Seat, according to which the models are named after Spanish places or areas. Arona is a city in Tenerife .

Like the Seat Ibiza or the VW T-Cross , the Arona is based on the Modular Transverse Box A0 from Volkswagen AG . 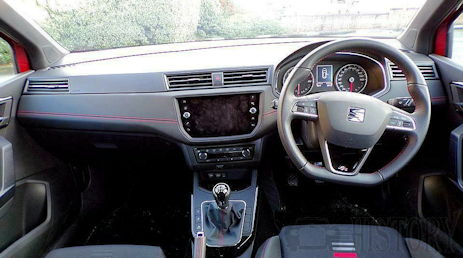 The Seat Arona will be on market launch in the equipment lines  Arona  (base),  Reference ,  Style ,  XCELLENCE  and FR (Formula Racing) offered. The lines XCELLENCE (comfort) and FR (sport) are both considered the highest equipment line at Seat; they appeal to different groups of buyers.

The front is similar to the Ibiza, because it has the same style of headlights, while the design of the back is similar to that of the Ateca. In the C-pillar has a chrome trim that includes an X, usual symbol of the crossovers; This function has the function of separating the part of the roof from the body, also giving it the aesthetics of a floating roof . SEAT has wanted this model to have more personalization options, being able to choose the ceiling in another shade between 3 options: black, gray and orange, giving the model a bicolor and more youthful appearance.

The interior is the same as the Ibiza, with small touches in some materials and moldings

The SEAT Arona conducted crash tests of EuroNCAP in 2017, and achieved an overall rating of 5 stars 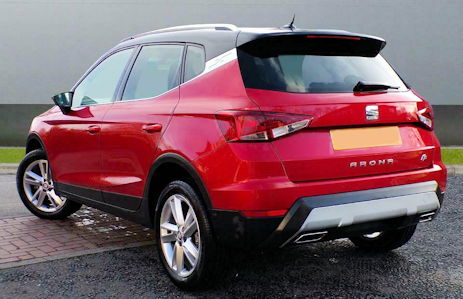