The Seat 1430 was an evolution of the Seat 124 . The four-door sedan and a five-door station wagon Seat 1430 5 puertas appeared in 1969 with modified front and rear view and the engine of the Fiat 124 Special (1438 cc and 51 kW (70 hp)). The new car, which looked similar to the Fiat 124 Special with its twin headlights.Special designed specifically for the Spanish market, for which it incorporated also certain elements from the Fiat 125.

In the Spanish Rally Championship 1973, these vehicles took the first places and also performed well in international competitions ( RAC Rallye , Rally Cyprus and 24 Hours of Ypres). From 1970 there was also a "Fórmula Seat 1430". In 1976, the Seat was discontinued in 1430. Successor were the "Especial" models of the Seat 124 D and the Seat 131 . 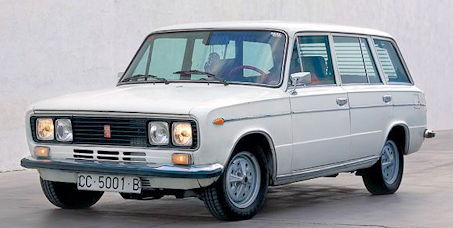 From the end of 1969, as it often happens with the new Fiat range launched simultaneously, the model adopts the rear suspension and transmission with cardan joint of the previous year, as well as a different bottom bracket, among other subtle changes less significant.

Second Series (1971- 1973) In 1971 the SEAT 1430 underwent a general remodeling, adopting in addition to new brakes, other later pilots, different ventilation grilles in the C-pillar, new accessories of black color, and the calender anodized in black.

Third Series (1973-1975) In April of 1973 the production of the new Seat 1430 begins, which sees increased the performance of its engine by 8%. It is aesthetically distinguished from the previous version, apart from its new paint range for the body and the ventilation slots used for better cooling.

Simultaneously the new SEAT 1430 Special 1600 is launched, entirely derived from the Fiat 124 Special T 1600 presented by the parent company the previous year. On the normal model, it adds the 1,592 cc with a higher declared maximum power, and a new reduction in the rear differential group. Aesthetically distinguished by the adoption of the Autobianchi A112 tires, which lack the traditional chromed central trim, and that maintaining the same throat width of a few inches than those of the normal version, have a smaller displacement than these, decreasing the track width. The seats are also new, as well as the new instrumentation, together with a new scale on the speedometer. The dashboard becomes completely covered in black material. Other exclusive features are its fully anodized calender, the iron on the back base.

At the end of 1974, the new SEAT 1430 Special 1800 was launched, which compared to the SEAT 1430 Special 1600, provided the 1800 propeller group. The rims of design similar to those of the 1600 engine variant, are silver.The SEAT 1430 special 1600 variant equipped with the five-door bodywork, which shares interiors with the 1600 saloon and rims with the normal version of 1438 cc, also comes into play. All these versions will continue to be offered in the brand's catalog, with small modifications of detail, until the cessation of their production. 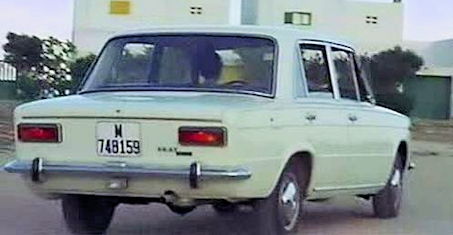