The Saab 9-4X is a compact luxury crossover SUV introduced by Swedish automaker Saab Automobile at the LA Auto Show 2010. It is based on the all-wheel drive GM Theta Premium platform which also forms the basis for the Cadillac SRX. The 9-4X began production in 2011 and is built at Ramos Arizpe, Mexico but stopped before the end of the year due to the bankruptcy of Saab.

The focus of the 9-4X took shape once the Saab 9-6X project was cancelled, after the divestment by General Motors of its holding in Subaru. The 9-4X replaces the larger U.S. built Saab 9-7X SUV, production of which ceased in December 2008. The 9-4X concept made its debut at the 2008 North American International Auto Show.The car was released at the 2010 LA Auto Show as a 2011 model year vehicle. The production car is almost identical to the 2008 concept on the exterior and similar to the second generation Saab 9-5 on the inside. The car began selling as a 2011 model year vehicle in June in the US and in August elsewhere. The 9-4X was the first and only Mexican built Saab.

The 9-4X was manufacturered alongside the Cadillac at General Motors’ Ramos Arizpe, Mexico plant.Only 457 units were produced during its production in 2011. In November 2011 GM announced plans to cease production of the vehicle as Saab moved to Chinese ownership or bankruptcy. The 9-4X turned out to be the shortest lived non-concept Saab vehicle, due to the company going bankrupt. 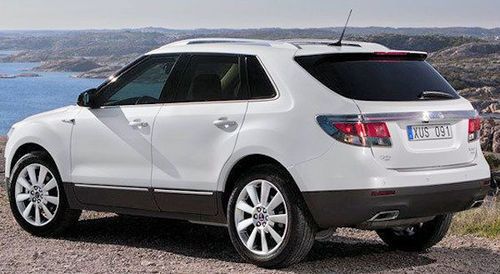