A next generation 9-5 built on the Global Epsilon platform was presented at the Frankfurt International Auto Show in September 2009. The vehicle had its North American debut in October 2009 at the South Florida Auto Show in Miami.On November 24, 2009, the first pre-series Saab 9-5 of the new generation rolled off the Trollhättan production line. On the Saab International Site stated below, more pictures and information on the car can be found.

With the announcement of the sale of Saab to Spyker on January 26, 2010, it was confirmed that the new generation Saab 9-5 was already taken into production at the Saab plant in Trollhättan. Full production began in April 2010, with the cars appearing in dealerships on June 19Saab introduced a wagon variant of the new 9-5, dubbed "SportCombi," at the 2011 Geneva Motor Show.The Saab 9-5 Sedan 2.8V6 Turbo has been named Car of the Year in Singapore by Wheels Asia.

As Saab's business issues came to a head, production of 2011 9-5 models essentially ended in March 2011, when the production line in Trollhättan was stopped due to supply chain issues related to Saab's liquidity.

Although a substantial number of prototype and production pilot SportCombis were produced, the variant did not enter serial production prior to Saab's bankruptcy in December 2011. Because of this, this variant should be considered "stillborn" unless production were to be resumed under different ownership. 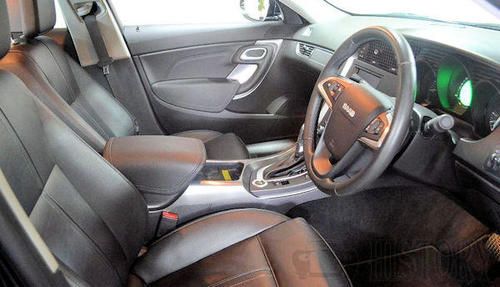 UK equipment levels for the 2012 model year include the Vector SE and Aero and both sedan and sportcombi are available. The previous base models, Linear and Vector were replaced by the Vector SE model.

Whilst in other parts of the world less trim levels are available, in Australia the Linear (base) is not part of the line up—only the Vector and Aero trims are available. 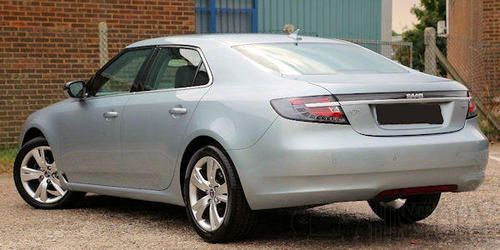