AMO ZiL,more commonly called ZiL is a major Russian automobile, truck, military vehicle, and heavy equipment manufacturer based in the city of Moscow, Russia. Zil has a history of exporting trucks to Cuba, a business resumed in the early 21st century.

ZiL has also produced armored cars for most Soviet leaders, as well as buses, armored fighting vehicles, and aerosani.

ZiL passenger cars are priced at the equivalent of models by Maybach and Rolls-Royce, but are largely unknown outside the Commonwealth of Independent States, and production now rarely exceeds a dozen cars per year. 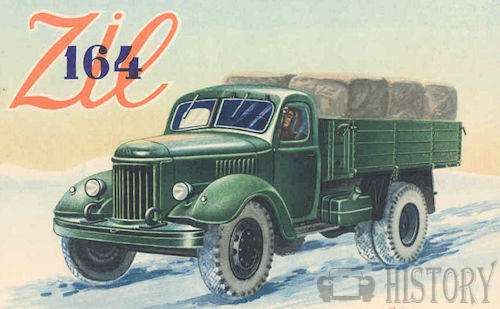 The factory was founded in 1916 as Avtomobilnoe Moskovskoe Obshchestvo (AMO)—Moscow Automotive Society). The plans were to produce Fiat F-15 1.5 tonne trucks under licence. Because of the October Revolution and the subsequent Russian Civil War it took until 1 November 1924 to produce the first vehicle, the AMO-F-15.

In 1931 the factory was re-equipped and expanded with the help of the American A.J. Brandt Co., and changed its name to Automotive Factory No. 2 Zavod Imeni Stalina (ZIS or ZiS). After Nikita Khrushchev denounced the cult of personality of Joseph Stalin in 1956, the name was changed again to Zavod imeni Likhachova, after its former director Ivan Alekseevich Likhachov.