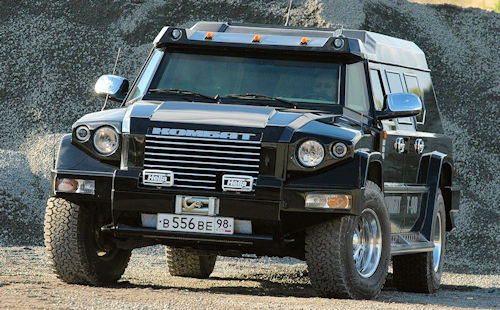 Kombat Armouring is a Russian armoured vehicle and car manufacturer. It was founded in 1985 by Mikhail Gorbachev.

The first prototype was called the Laura. The company's slogan is Protection without Compromise.

The Laura was followed by the Ohta minivan in 1987. In 1990, Kombat Armouring acquired a military factory in St. Petersburg, where it still produces vehicles today. From 1993 onwards, Kombat Armouring has been producing armoured vehicles for local courier services. 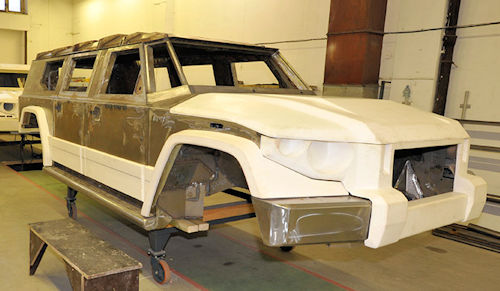 The Kombat T-98 is an armored vehicle developed by the Kombat Armouring Group of Saint Petersburg , which was built for road traffic and provides protection against attacks with ballistic weapons . It will be built in a civilian VIP variant and a utility variant for special forces and police , which can be configured individually.

There are a variety of equipment, since the T-98 is designed individually according to customer requirements. In the VIP version, the interior is mainly made of leather and wood. There are two airbags , some electronic driving aids such as ABS and a cruise control installed. On request, there is also a two-zone air conditioning , CD changer, navigation system, DVD player, TV, a partition to the rear and a bar in the glove compartment.

Depending on requirements, the T-98 is supplied in protection classes B2 to B7. His armor is made of special German steel, for the windows comes 50 mm thick special glass used. The reinforced subfloor and the sandwich body of several layers of steel armor and ceramics (only B7) offer protection against almost all common firearms up to caliber 12.7 mm and land mines (only B7). 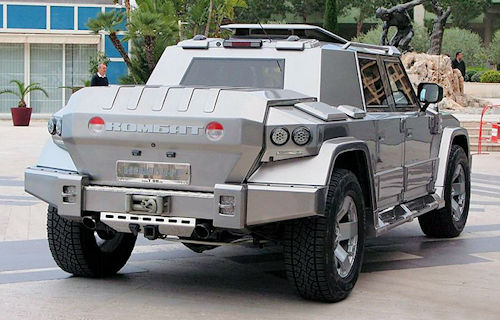