The Central Scientific Research Automobile and Automotive Engines Institute, abbreviated as NAMI is the leading scientific organisation in Russian Federation in the field of automotive industry development. 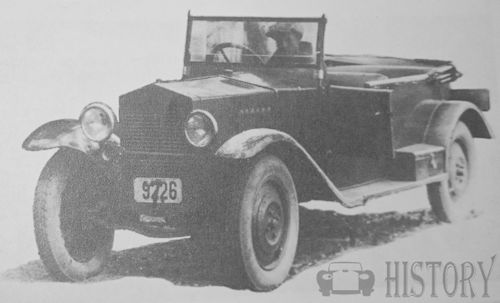 The first original automobile, the NAMI 1, had been developed by 1927 (the first car of the USSR).300 units of this four-seater tourer were produced at the start of the first Soviet plan for quantity car manufacture. Its engine was a 2-cylinder air-cooled unit developing 20hp at 2,600rpm, permitting a top speed of about 50mph, Emphasis was on stamina rather than appearance, since Russian driving conditions were far from ideal at the time.

The NAMI-2  was built around 1932 and had an air-cooled four-cylinder engine with a displacement vin 1221 cc and 22  hp power. Only a few copies were produced. It was a pick-up , a two-seat roadster , two sedans and a four-seater touring car . There were, depending on the body two different wheelbases of, 243 cm or 273 cm. The top speed was 75 km

The NAMI design bureau has since devoted its time to assembling prototypes of vehicles to be considered for production, including motor cycles, racing cars, truck sand electric vans.

During the 1930s the institute became the leading development department of the Soviet automotive industry. During that there had been developed and put into production first Soviet trolleybuses, created several models of tractors and lorries. For Red Army vehicles with half-tracks and armored vehicles had been actively developed.

From 1931 to 1946 the institute was called Tractor Research Institution.

In 1994 the NAMI got the status of the State scientific centre of the Russian Federation.

In 2003 Federal Agency on Technical Regulating and Metrology certified NAMI as a Testing centre of automotive industry products .

In 2014 the NAMI purchased the Yo-Mobile project for 1 Euro.

In the 1960s the testing facility of NAMI Russian: (Научный испытательный центр автомобильной и мотоциклетной техники, НИЦИАМТ)) was opened, which is near Dmitrov, Moscow Oblast.

The only period of NAMI vehicles production were 1920s and 1930s. Since then the NAMI vehicles are exclusively prototypes and concept cars. List of them from 1950s to 1980s: 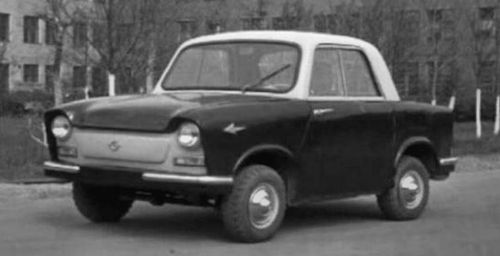