BAZ or Bryansk Automobile Plant  started in 1958 as a subsidiary of ZiL. It is one of the leading Russian military equipment manufacturers.

BAZ produces off-road tractors and chassis with carrying capacity from 14 to 40 tons.

Bryansk Automobile Plant was founded 4 June 1958 as a branch of the Moscow factory ZIL for the manufacture of components: driving axles, barrels, boxes handout, suspension and other components for automobiles ZIL-131. The basis for the creation of new business was the manufacture tractor Bizhytskoho steel plant. Already in 1959 from Moscow factory was moved production of vehicles for the army, and in 1960 on the base created a special closed design bureau and independent production. In 1961 the first development of the plant, BAZ-930, was tested, but the series did not go, and instead plant began production modifications Moscow ZIL-135L : ZIL-135LM, with manual transmission, processed BAZ-135MB, 135MBK. These machines differ typical four-axis location - average close together, front and rear spaced and managed.

In the mid-1960s in the BC plant was begun designing triaxial floating chassis with four-wheel drive. The paper used backlogs and design principles taken from ZIL, such as airborne transmission and extreme steam driven wheels. The result was the design of a family of triaxial chassis BAZ-5937 / 5938/5939 rear raztashuvannyam engine, which became the basis of machines SAM Osa and BAZ-5921 / 5922 mid-engined, which was based missile system "Point" .

From March 1971 by order of the Ministry of Defence KB plant began designing a new series of standardized four-chassis, which received the name "Base". As part of this development was created several models floating ground and chassis widespread. This series of pairwise grouping sets of axles, front pair - controllable. 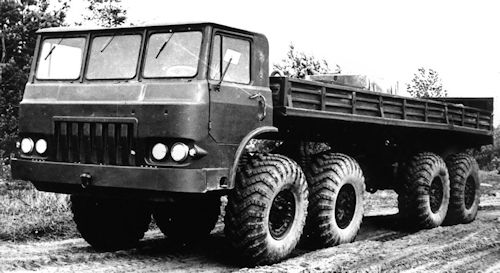 BAZ is known mainly for its military vehicles. 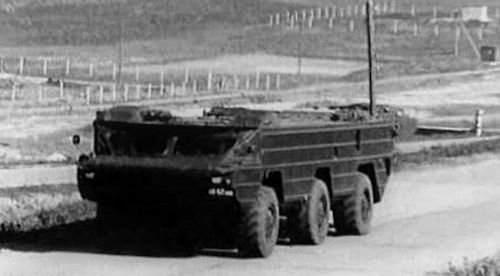