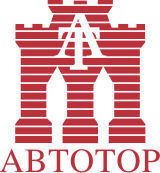 Avtotor (Russian: Автотор) is an automobile manufacturing company located in Kaliningrad Oblast, Russia. It was created in 1996, it was one of the largest producers and assemblers of cars by 2008, including brands like BMW, Chevrolet, Hummer, and Kia.

Avtotor was founded in 1996 by a group of investors led by current principal owner and chairman of the board of directors Vladimir Shcherbakov, former Deputy Prime Minister and Chairman of the USSR, and Goskomtrud, the State Committee for Labour and Social Problems in the Soviet Union. A $130,000,000 assembly plant was built, originally planning to produce Nissan automobiles. The plant was installed in an unoccupied shipyard in Kaliningrad. The company's name is a portmanteau of "auto" and the German word "tor", meaning "gate". In 1997, the new plant began assembling Kia automobiles.

In the aftermath of the 1998 Russian financial crisis, the company found itself in a difficult financial position, as automobile sales dropped significantly. To mitigate the consequences of the crisis, the company secured a large contract with BMW and transitioned to contract assembly, sparing Avtotor the cost of buying components.

Later, the company began a partnership with General Motors, starting full-scale assembly on the Chevrolet Lacetti. 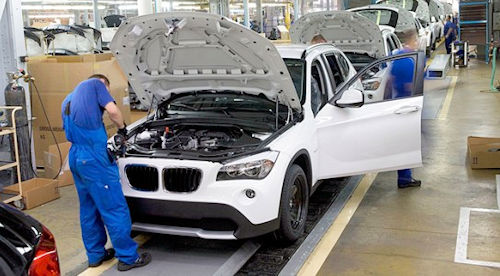 In July 2009, the capacity of the plant was increased and Avtotor began production of the crossovers BMW X5 and X6. At the end of May 2010, Avtotor announced the start of assembly on the new BMW 5 Series (F10) for the Russian market, from kits received from Germany.

In May 2015, BMW released a statement postponing the decision to invest in another plant in Russia, due to economic uncertainty in the country. There have been rumors in the media about the quality of Russian made BMWs. 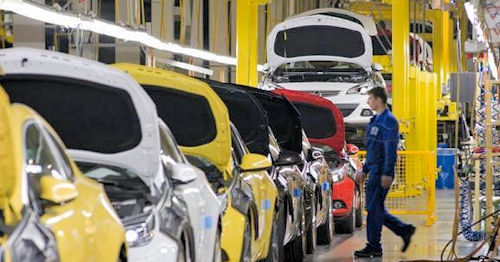 In August 2003, Avtotor and General Motors signed a set of agreements on the organization of production of GM vehicles at the Kaliningrad plant.

In August 2004, the Kaliningrad plant started production of the Chevrolet TrailBlazer and Chevrolet Tahoe, and in October 2004, of the Hummer H2. In July 2005, they were joined by the Cadillac CTS, SRX and STS.

The other models produced at the Kaliningrad plant include the Cadillac Escalade, the Chevrolet Aveo, Epica, Malibu, Orlando and Captiva, and the Opel Astra,Zafira,Meriva, Insignia, Mokka and Antara.

Since the existence of the project, Avtotor produced over 362,107 cars for GM's brands.

In 1996, Avtotor signed a general agreement with Kia that led to the construction of the plant and the assembly of cars for the Russian market. Construction began on 15 January 1997, and on 17 May 1997 the plant launched the assembly line of the Kia models. The plant has produced more than 240,000 vehicles for Kia.

In June 2005, "Autotor-Trucks", part of a group of companies Autotor, began to collaborate with NAVECO, which is part of the Nanjing Automobile Corporation. Lineup Yuejin - this is a broad range of low-bed delivery trucks with a payload of 0.8 tonnes to 24 tonnes. On August 10 2006, the first batch of trucks was completed successfully. In 2007, "Autotor-Trucks" produced and sold through their agent "Autotor Vans', 1940 units of commercial vehicles.

In 2007, "Autotor-Trucks", like the rest of the group Autotor, received a certificate of conformity of quality management standards ISO 9002. And to date, continues to manufacture the flatbed brand Yuejin, models NJ 1020, NJ 1041, NJ 1080.

Currently, work is underway to expand the lineup due of vehicles with larger capacity. "Autotor-Trucks" and its distributor "Autotor Commercial Vehicles" offers its customers a wide range of options: special equipment add-ons; Vans (manufactured goods, isothermal,); loading platforms with various manipulators; haulers; and other add-ons.