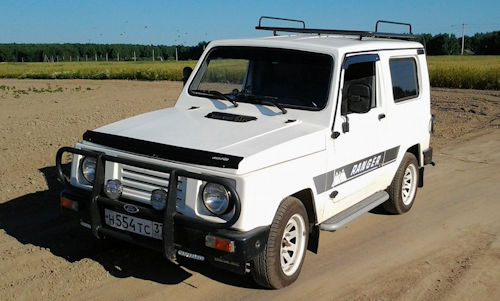 Avtokam was a Russian association of factories engaged in production of cars of mark Avtokam.

Despite the fact that a member was as Elabuzhskij city executive Committee, which registered company, it soon went out of Elabuga and moved its headquarter in Naberezhnye Chelny. Originally planned to carry out the assembly Mendeleevsk and Shuya.

As a foreign partner was selected FSV British company that released the Rickman Ranger car with rear wheel drive and the frame structure. According to the agreement the 70% of car company sends FSV. In the future, planned to fully localize the assembly.

May 27, 1991 Mendeleevsk opened production, but a lot of hope in Shuya factory, has more power. In the same year it began production of cars called Avtokam Ranger.

In 1992 the cars were renamed Avtokam-2160. Before the year was collected 48 cars Mendeleevsk and Shuya and 2 car in Stakhanov, Ukraine. In this partnership with FSV over. She did not put another 950 kits and its leadership has disappeared. Between plants and any contradictions, production was discontinued, and had to find new ones.

Between plants and any contradictions, production was discontinued in Shuya. At this time, the imported parts were replaced by Russian. In 1995 zavaod became a subsidiary of the joint Russian-Austrian joint venture Mende-Rossi. Production Mendeleevsk lasted until 1997.

In 1993, production began at the plant in Perm Velta, which together with Avtokam (in 1993 became a joint stock company), Perm factory "MASHINOSTROITEL" and the Ural Research Institute of composite materials formed a joint venture Permavto Ltd.. Company cars were called Avtokam-Parma.

In 1994 was formed a new company, Open joint-stock company "Perm-avto."

In 1995 Avtokam left the joint venture by selling him the technical documentation. The inscription on the grile changed with Avtokam on Velta. Was modified front end and launched production of the long version. 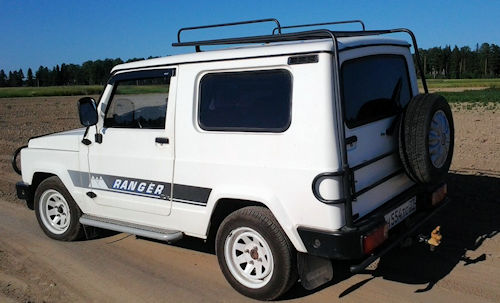