The Rover 200, codenamed R3, was smaller than the Honda-based R8 cars. This was due to Rover's desperate need to replace the ageing Metro, which by now was 15 years old. Although some elements of the previous 200 / 400 were carried over (most notably the front structure, heater, steering and front suspension), it was by-and-large an all-new car that had been developed by Rover. Honda did provide early body design support as a result of moving production of the Honda Concerto from Longbridge to Swindon, freeing up capacity for 60,000 units at Rover. At this point, the car had a cut-down version of the previous car's rear floor and suspension and was codenamed SK3.

Lack of boot space and other factors led to Rover re-engineering the rear end to take a modified form of the Maestro rear suspension and the product was renamed R3. By the time the car was launched, Honda and Rover had already been "divorced" after the BMW takeover the previous year. The new 200 used K-Series petrol engines, most notably the 1.8 L VVC version from the MGF, and L-series diesel engine. During the mid 1990s the L-Series was a very competitive engine, regarded as second only to the VW TDI in overall performance, and an improvement over the R8s XUD, particularly in fuel economy while almost matching it for refinement. 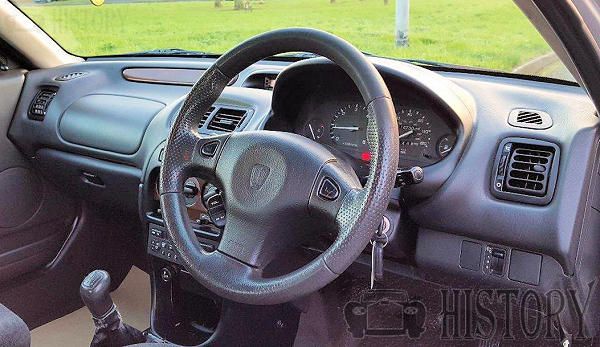 The R3 featured a completely re-designed interior and dashboard to accommodate the fitment of a passenger airbag in line with new safety standards.

The 1.8-litre models earned a certain amount of praise for their performance, whilst the intercooled turbo diesel was claimed as one of the fastest-accelerating diesel hatchbacks on the market in the late 1990s.

Unlike its predecessor the R3 was not available in Coupe, Cabriolet or Tourer bodystyles. although Rover updated these versions of the older model with mild styling revisions and the fitting of the new dashboard from the R3, which was possible due to the shared front bulkhead. In the UK, these models were no longer branded as 200/400 models, simply being referred to as the Rover Coupe, Cabriolet and Tourer.

The Rover 200 might have been marketed as a supermini, it compares closely in size and engine range with contemporary models such as the Ford Fiesta and Vauxhall Corsa. Instead Rover priced the car to compete with vehicles like the Ford Escort and Vauxhall Astra. Rover's only offering in the supermini segment at the time was the ageing Metro and this gap in the company's line-up needed to be filled.

The third generation 200 was initially popular, being Britain's seventh-best-selling new car in 1996 through to 1998. Within three years it had fallen out of the top 10 completely and was being outsold by traditionally poorer selling cars like the Volkswagen Polo Mk3 and the Peugeot 206. 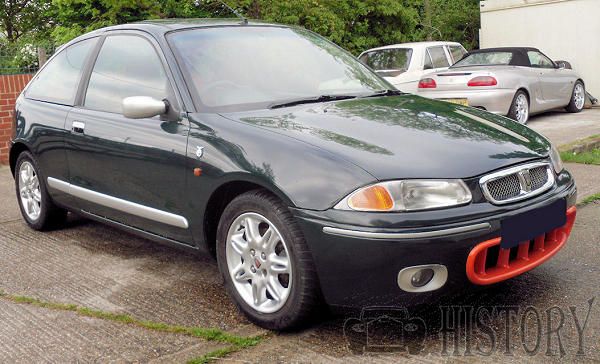 The Rover 200 BRM was first shown at 1997 Frankfurt Motor Show, the reaction from the press and public was good enough that after a year of development the Rover 200 BRM LE was officially launched at the British Motor Show in October 1998. It was based on the range-topping Vi model but with 1960's BRM styling cues. The engine was the familiar 145 PS (107 kW) 1.8-litre VVC K-Series.

Inside, there was red quilted leather seats and door panels, red carpet, seat belts and steering wheel. Alloy heater controls and turned aluminium trim complimented this. On the outside, there was Brooklands Green paintwork, with silver trim details, large 16" alloys, and an exclusive woven mesh grille sat above a huge orange snout in the front bumper, which was the BRM trademark nose on all of its 1960s Formula One racing cars.

Technical adjustments consisted of 20 mm (0.8 in) lower ride height over the Vi and improved damping and handling, a close-ratio gearbox with a TorSen differential further developed from the Rover 220 Turbo, reduced torque steer and improved straight-line stability.

The price was £18,000, excluding extras such as air conditioning, passenger airbag and a CD player. There were only 795 built for the UK, with an additional 350 for overseas markets. The steep price was originally slashed to £16,000 and when the Rover 25 was launched, this was cut to £14,000 to get rid of vehicles still lingering in showrooms. 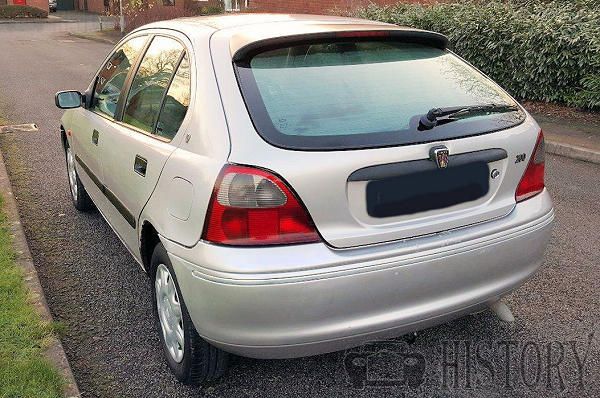