A face-lifted version, renamed the Rover 25 (internal codename Jewel) was launched in autumn 1999 for the 2000 model year. This version used similar frontal styling to the larger 75 model. The chassis had been uprated to give sportier handling (suspension and steering setup from 200vi) and the front end had been restyled to give it the corporate Rover look first seen in the range-topping 75, a number of safety improvements and interior changes were made, but the 25 was instantly recognisable as a reworked 200 Series. The 1.4 L, 1.6 L and 1.8 L petrol engines as well as the 2.0 L diesel were all carried over from the previous range. CVT automatic gearboxes were carried over from the R3 200, with 'Steptronic' (later 'Stepspeed' post-BMW demerger) semi-automatic system available from late 2000. R65 manual gearboxes were again carried over but were later superseded by Ford 'IB5' units in mid-2003.

Less than a year after the Rover 25 was launched, BMW sold the Rover Group to the Phoenix consortium for a token £10. By the summer of 2001, the newly named MG Rover Group had introduced a sporty version of the Rover 25: the MG ZR. It had modified interior and exterior styling, as well as sports suspension, to give the car the look of a "hot" hatchback. The largest engine in the range was the 1.8 VVC 160 PS (118 kW; 158 bhp) unit, which had a top speed of 210 km/h (130 mph) . It was frequently Britain's best-selling "hot hatch".

In 2003, Rover made a version of the car with increased ride height and chunkier bumpers, called Streetwise. The car was marketed by Rover as an "urban on-roader". They also introduced a van version of the 25 called the Rover Commerce. 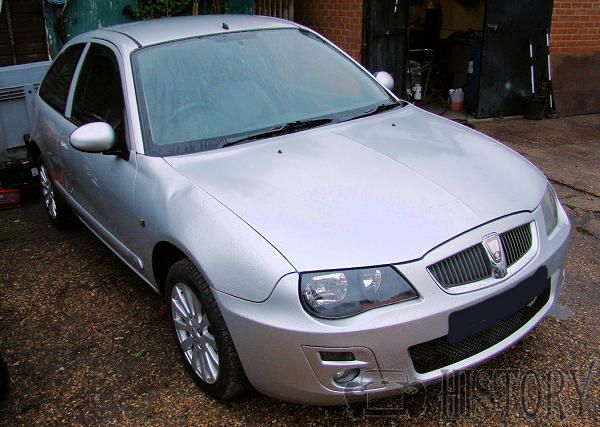 By 2004, the age of the Rover 25 / MG ZR's interior design in particular was showing, so MG Rover gave the cars an exterior restyle to make them look more modern. The majority of changes however were focussed on the interior, which featured a completely new layout and fascia design. Production of both cars was suspended in April 2005 when the company went into administration. In March 2005 the 25 won the "Bargain of the Year Award" at the prestigious Auto Express Used Car Honours: "The compact hatchback was recognised by the judges for the availability and affordability that help make five-year old examples an attractive purchase proposition."

Specifications for the Rover 25 design were purchased by Shanghai Automotive Industry Corporation in early 2005, though new MG Rover Group owner, Nanjing Automobile Group now owns the tooling for the car. In 2008, the Streetwise, rebadged as the MG 3SW, was relaunched in China.

The Rover 25 was actually Britain's best selling new car for the month of April 2000. 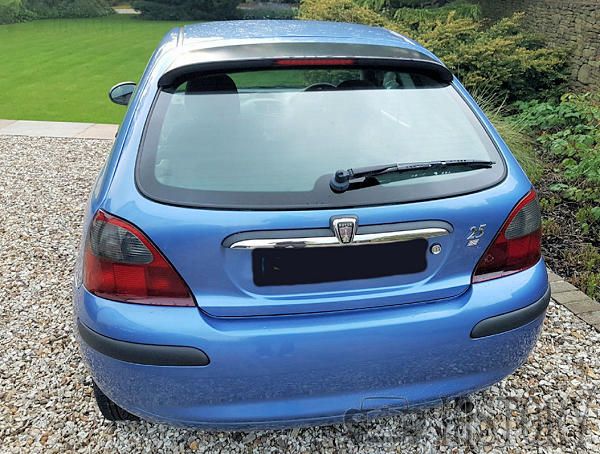