Automotive manufacturer Campulung; Romania From 1958 to 1965. 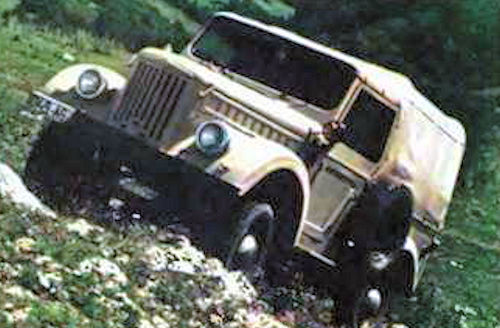 The company from Câmpulung began in 1957 with the production of automobiles. The brand name was IMM . In 1965, production ended when ARO took over the company.

The company manufactured SUVs . There were variants of the GAZ-69 . For driving a saw water-cooled four-cylinder engine with 2100 cc displacement and 51 hp power, after a license from Renault was born. The vehicles were used by the army, police, agriculture and forestry.