The Riley Nine was one of the most successful light cars produced by the British motor industry in the inter war period. It was made by the Riley company of Coventry, England with a wide range of body styles between 1926 and 1938.

The car was largely designed by two of the Riley brothers, Percy and Stanley. Stanley was responsible for the chassis, suspension and body and the older Percy designed the engine.

The 1,087 cc four-cylinder engine had hemispherical combustion chambers with the valves inclined at 45 degrees in a crossflow head. To save the expense and complication of overhead camshafts, the valves were operated by two camshafts mounted high in the crankcase through short pushrods and rockers. The engine was mounted in the chassis by a rubber bushed bar that ran through the block with a further mount at the rear of the gearbox. Drive was to the rear wheels through a torque tube and spiral bevel live rear axle mounted on semi elliptic springs.

At launch in July 1926 two body styles were available, a fabric bodied saloon called the Monaco at £285 and a fabric four-seat tourer for £235. The saloon could reach 60 mph (97 km/h) and give 40 mpg-imp (7.1 L/100 km; 33 mpg-US). Very quickly a further two bodies were offered, the San Remo, an artillery wheeled basic saloon and a two-seater plus dickie open tourer and there was also the option of a steel panelling rather than fabric for the four-seater tourer.

After the cars 1926 launch, Mark 1 production actually started in 1927 at Percy's engine factory, due to some resistance in the main works to the new design. It was such a critically acclaimed success that after less than a thousand cars had been produced the works quickly shut down side-valve production and tooled up for the new Nine in early 1928. This switch to the main factory coincided with several modernisations of the Mark 1 - the cone clutch was dropped, the gear lever and handbrake were moved from the right to the centre of the car and a Riley steering box was adopted becoming the Mark II. The Mark III was a gentle update of the II at the end of 1928, evolving stronger wheels and a different arrangement of rods to the rear brakes.

The Mark IV was a thorough re working of the Nine - heavier Riley made 6-stud axles replaced the bought in five-stud rod brake items and a new cable braking system was introduced with larger drums.The range of bodies was further extended in 1929 with the Biarritz saloon which was a de-luxe version of the Monaco. The improved brakes were fitted using the Riley continuous cable system and if the cable stretched it could be adjusted from the driver's seat.

More body variants were added over the next few years and in 1934 a Preselector gearbox was offered for £27 extra. The range was slimmed down in 1935 to the Monaco saloon, Kestrel streamlined saloon and Lynx four-seat tourer as the works started gearing up for production of the new 12 hp model.

In an attempt to keep costs down Riley entered into an agreement with Briggs bodies to produce a steel (non coach-built) body for a newly designed chassis. This new chassis was introduced in 1936 and incorporated such features as Girling rod operated brakes and a prop shaft final drive for the Nine (though the 12 hp variant retained the torque tube). The Briggs body was named the Merlin and was available alongside the last nine Kestrel variant, also built on the "Merlin" chassis.

The Briggs body evolved through 1937 with a large boot extension to be called the Touring Saloon and an additional body style was added on the same chassis - the higher specified special series Monaco (a completely new design from the previous car). The final version (and last nine model) was the 1938 Victor also available with 1496 cc engine. The Victor had the engine further forward to increase interior room, the battery moved to the engine bay and smaller diameter wheels.

The Riley company was bought by Lord Nuffield in 1938 and nine production ceased as the company pursued a strict two-engine line up, continued after the war with the RM series.

Riley Nine Monaco in Eye of the Needle Movie from 1981 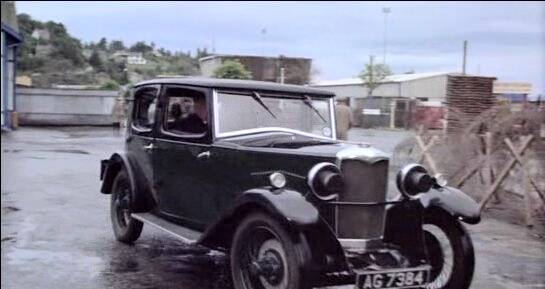 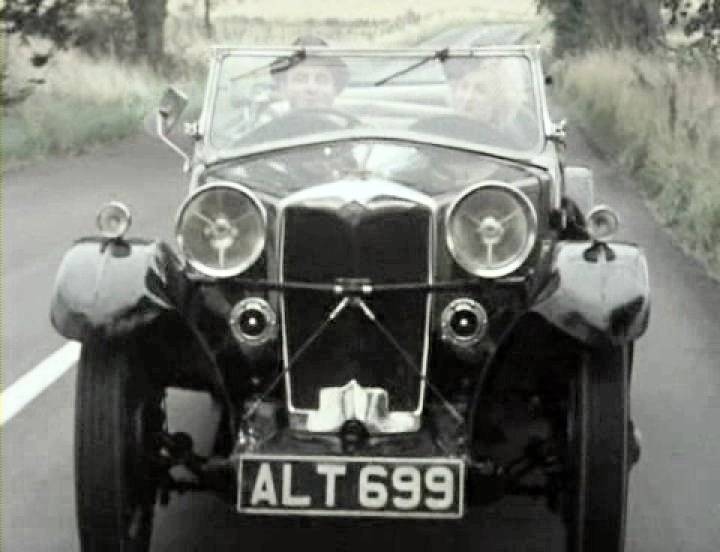