The Two-Point-Six replaced the Riley Pathfinder as Riley's top-line automobile. While its predecessor retained the Riley 4 cylinder twin cam, cross flow engine, the Two-Point-Six was almost identical to the Wolseley Six-Ninety Series III. It featured both monotone and duotone paintwork, as did the last of the Pathfinders. 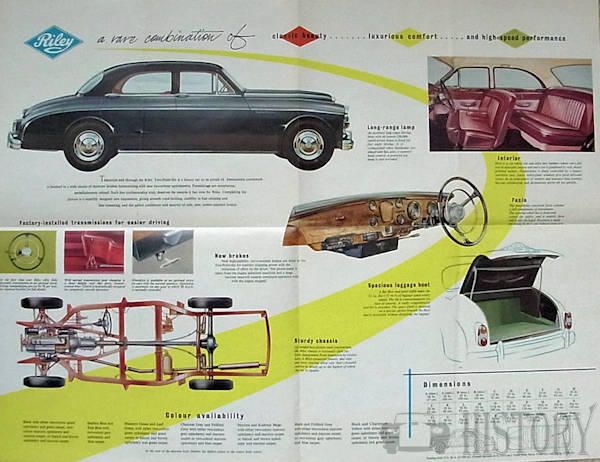 Externally the most obvious differences from the Pathfinder were the bonnet arrangement - while the Pathfinder's grille lifted with the bonnet, the Two-Point-Six, in common with the 6/90, had a fixed grille - and the wheel arches having a raised edge.

It used the BMC C-Series straight-6, an engine that produced 101 hp (75 kW). This was actually less than the 2½ Litre Riley "Big Four" straight-4 engine it replaced. The Two-Point-Six was a commercial failure and was pulled from the market in May, 1959, the last large Riley. 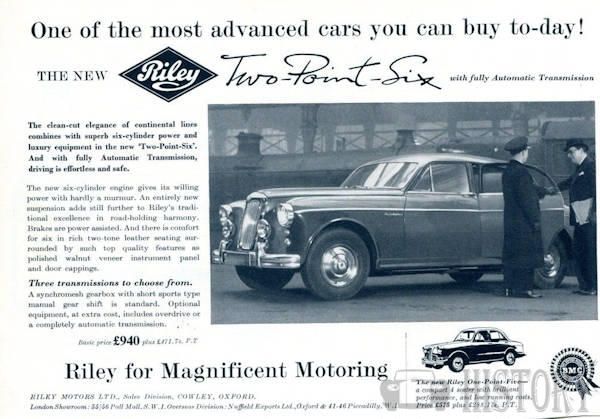