The Mégane I was unveiled in September 1995, at the Frankfurt Motor Show, as a replacement for the Renault 19. The car was essentially a reskin of its predecessor, and carried over the 19's floorpan, engines, transmissions and chassis design, albeit with much modification. Taking its name from a Renault concept car shown in 1988, the Mégane further developed the new corporate styling theme introduced by Patrick Le Quément on the Laguna, most notably the "bird-beak" front grille – a styling cue borrowed from the Renault 16 of the 1960s. As with the 19 and the 11 before it, the Mégane was produced at Renault's Douai plant in northern France, and at the Spanish plant of Palencia. 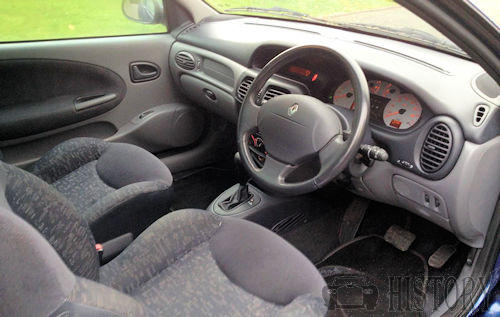 Safety was a key focus of the Megane I, Renault's first car reflecting their new focus of selling on safety. It featured a pillar-mounted three-point seatbelt for the middle-rear occupant (replacing the common 'lap strap'), standard front belt pre-tensioners and load limiters, driver's airbag and an impressive safety structure – a specification ahead of most rivals in 1995. Some features, such as the three-point middle belt, had debuted on the Renault 19 safety concept vehicle (and this feature entered production on the Renault Laguna before the Megane). The car also benefited from Renault's first "System for Restraint and Protection" (SRP), essentially a system of careful optimisation of occupant restraint by interaction of the seat, seatbelt, pretensioner, load limiter and airbag. The Megane I achieved a best-in-class 4-star crash test rating in the 1998 round of testing by Euro NCAP.

1996 saw the introduction of the Mégane Scénic compact MPV.

Power came from the Renault E-type ("Energy") engine in 1.4 L and 1.6 L, and the F-type unit in both 1.9 L diesel and 2.0 L petrol forms, although this time around there was a wider variety of 16-valve derivatives.

A 1.9 L diesel engine in both normally aspirated and turbocharged forms was also available.

Renault also produced a limited number of Renault sport edition phase 1's with the Renaultsport bodywork; however, these were very rare. The Renaultsport kit was available to purchase for a short time direct from Renault France, but has now been discontinued, thus their value has increased.

The estate version of the original Mégane was only available in LHD form, with no RHD variants being built. It was added with the 1999 facelift.

A mild facelift in the spring of 1999 gave the Mégane I a modified grille, more advanced safety features and upgraded equipment, and 16-valve engines were used across the range. An Estate body style was also launched in mainland Europe with the facelift. The production continued for the Latin America Market, where it was sold alongside the Megane II line at a considerably lower price until 2009.

In countries such as Venezuela and Colombia, the Mégane I was available until 2010 sold as a sedan. It features the LA04 engine (16 valves, 1.6 litres and 110 HP), and was produced by both Renault Colombia and Renault Argentina, in where it was one of the best-selling cars to date. It is a car with more advanced safety features, upgraded equipment and more. The Mégane I had a lower price than the Mégane II. In Colombia, it was only available in one version: Unique, with a five-speed manual gearbox or a four-speed automatic one. It was equipped with ABS, frontal airbags, foglights, leather seats, electric mirrors and electric windows. In Argentina, not all versions included features such as electric windows, electric mirrors or airbags. 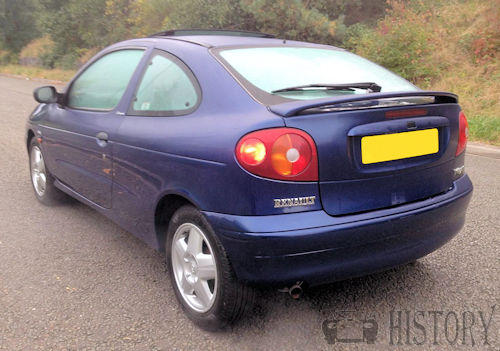