Aiming to fill a gap in the small sports car market, Scimitar SS1 was launched by Reliant in 1984 at the British International Motor Show in Birmingham. It was Michelotti's last design. The name was reported to stand for Small Sports 1.Despite plans for production of 2000 a year, only 1507 models were produced in the ten years of overall production. In 1990, the SS1 was renamed as the SST following a facelift and in 1992 was launched as the Sabre. Sales of the Sabre ceased in 1995 with the collapse of Reliant. 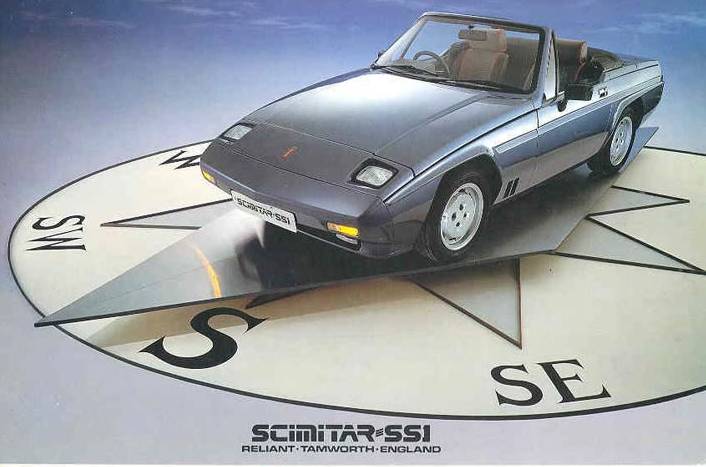 The chassis was inspired by Lotus's Elan. The 1.3 L (later replaced with a 1.4 L) and 1.6 L engines were Ford CVH units, front mounted driving the rear wheels through a four-speed gearbox on the 1300 and 1400, and a five-speed gearbox with the 1600. The suspension was independent all round using coil springs with semi trailing arms at the rear. The body panels were made of polyurethane or glass reinforced polyester, fitted to a semi-space frame backbone chassis. The panels were designed to be easily removed and replaced to repair accident damage. A removable hard top was available as an option.

This car had unusual uncovered rectangular Porsche 928 style pop-up headlamps and shared many components with production cars of the day, such as Austin-Rover switchgear and gauges. It is currently one of the most affordable small sports convertibles on the second hand market, with low running costs and readily available parts. The post 1986 with a galvanised chassis can be identified by a single windscreen wiper. 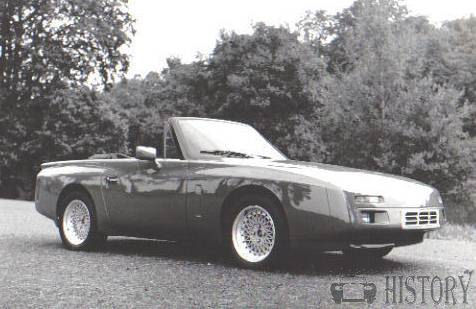 The Scimitar SS2 concept car was based on the SS1 1800ti, restyled by William Towns. Intended for the United States market and powered by a V8 engine, it was commissioned by General Motors, but planned production of the car was dropped when GM funding was withdrawn.

Some of the styling features of the SS2 prototype were incorporated into a facelifted SS1 model, renamed Scimitar SST ("T" for "Towns"). The SST was launched in 1990.