Marlei Automotive manufacturer Portugal From 1952 to 1958. 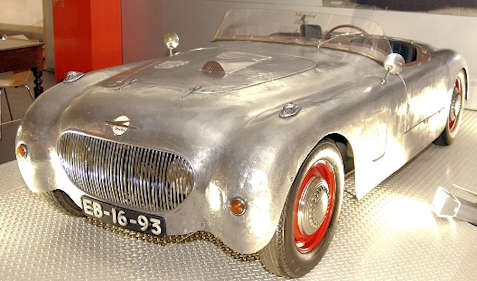 The Marlei was a racing car built in Portugal by Mário Moreira Leite in the 1950s.

First started in 1952 and built by 1954 It featured an Opel's platform and suspensions, it made a structure of welded steel tubes and hand made aluminum body with Opel four-cylinder engine with 1488 cc displacement this came from an Opel Olympia van the 4 speed transmission and braking were the Vauxhall equivalent.

Similar racing cars were constructed in Portugal during the same period when car races became very popular, including the DM (by Dionísio Mateu and Elísio de Melo), the Alba, the Olda, the FAP and the Etnerap.