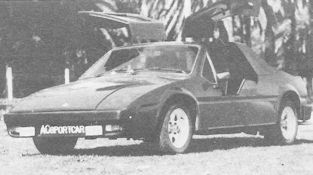 A. Cação Automóveis Lda. is a car workshop and was for several years a Portuguese manufacturer of automobiles .The company sold its vehicles under the brand name AC

The company is first and foremost an automotive workshop. It is located at Rua 10 de Agosto 103-109 in Figueira da Foz . in 1982 began developing a car that in 1983   was produced and marketed. 1990 ended the production. As a workshop, the company still exists today.

The only model named Sportcar was a wedge-shaped car with fiberglass body , it either as a Convertible  or as a coupe with gull-wing doors. It could accommodate 2 + 2 persons.

The planned production number was 5 vehicles per month. How many vehicles were actually made is unknown. 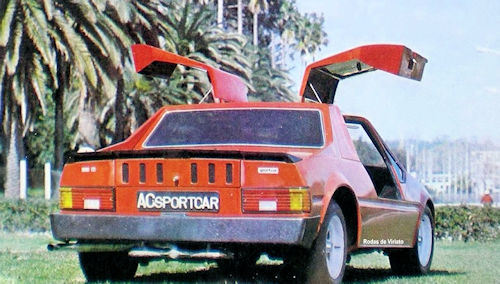