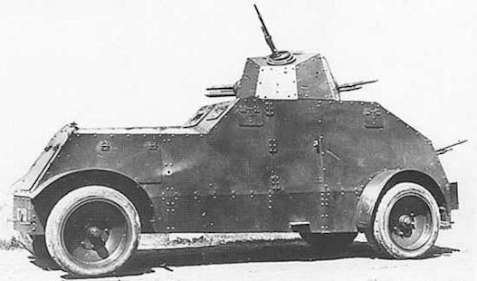 Ursus is the name of a Polish company from Warsaw , which mainly produced agricultural machinery and tractors .  The vehicles sold since 2011 under the names of Pol-Mot in Lublin produced.

In 1902, the production in the company's own plant was substantially increased and it began with the construction of internal combustion engines . The company also received its bearish name from 2010, which goes back to Ursus . After the end of the Polish-Soviet War , the company also transformed into a commercial vehicle manufacturer and produced in addition to trucks , buses and tractors and motorcycles and armored vehicles . The serial production of one's own Schleppers began in 1922, after the first prototype had been created in 1918, but the production had to wait because of the war effort. As a result of overproduction, however , Ursus came in 1930 in financial shortages and was soon nationalized.

The mostly destroyed in World War II production facilities were completely rebuilt after 1945; the focus was now on the construction of tractors. However, it was not until May 1, 1947, that the first tractor, a Ursus C-45 replica of the Lanz Bulldog D 9506 , left the factory. By the end of production in 1959 Ursus is said to have made 60,000 pieces of this type in different variants. 1962, an intergovernmental agreement with Czechoslovakia led to a permanent cooperation with the Czechoslovak tractor manufacturer Zetor . For this purpose, a joint research and development institution in Brno was built. 1974 followed a license agreement with Massey Ferguson , later another with Perkins .

After the change of system in Poland in 1989, Ursus initially remained in state ownership. It was partially restructured in 1998 with its subsidiaries, but it did not succeed in adapting to the new conditions on the international market in the long term. Due to a strong decline in orders, the company, which in the meantime has become a stock corporation, finally went bankrupt in 2003.

Ursus is the name of a traditional Polish company from Warsaw , which mainly produced agricultural machinery and tractors .
Updated
Saturday, 02 November 2019
Edited By
MCH