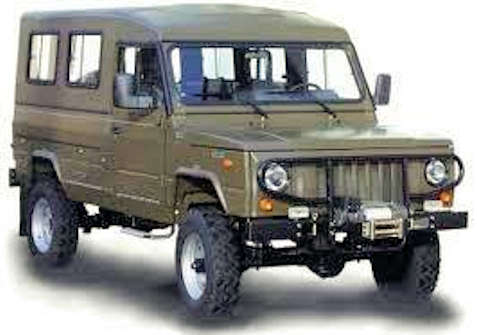 DZT Tymińscy is a Polish manufacturer of automotive parts in Baciki Średnie ( Siemiatycze County ). Since 2009 vehicles are manufactured in Lublin .

The company was founded in 1990 through the acquisition of cooperative plants in Siemiatycze , where the upholstery equipment for the Polski Fiat 125p and parts for the FSO Polonez were manufactured. Currently, auto parts and accessories are manufactured for several manufacturers. In 2010, the company had about 170 employees, of which about 80 in Lublin and an annual turnover of over 20 million złoty.

Honker is the car brand of the DZT Tymińscy and has been operating independently since 2012 as Fabryka Samochodów HONKER . The company history goes back to the end of the 70s ( FSR ). Since 1998 the HONKER 4x4 is produced as a successor to the Tarpan, which is also used by the Polish military. In addition to off-road vehicles, the company also produces vans up to 3.5 tons under the name HONKER Cargo . Today's HONKER 4x4 and HONKER Cargo meet EURO 5 emission standards and are approved throughout the EU.

In 2008, GNTB bought parts of Fabryka Samochodów Ciężarowych (FSC), which took over Honker's production in 1996.

DZT Tymińscy is a Polish manufacturer of automotive parts in Baciki Średnie ( Siemiatycze County ). Since 2009 vehicles are manufactured in Lublin .
Updated
Saturday, 02 November 2019
Edited By
MCH