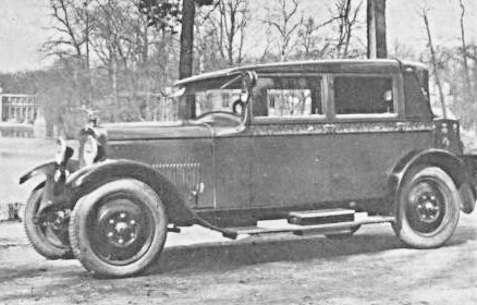 Fabryka Samochodów Stetysz was a Polish manufacturer of automobiles in the 1920s .The brand name was Stetysz .

Pole Stefan Tyszkiewicz lived in France . He developed from 1923 a prototype , which was ready for series production in 1926. For this he founded in Warsaw the company Fabryka Samochodów Stetysz , which in connection with Towarna Akc. Konstrukcij Mostowych Rudski and began with the production of automobiles.  Production stopped in 1928 after a fire in the factory had  burned down with vehicles at various stages of production lost .

The offer included two models, both of which were powered by engines produced in Poland under license from Continental Motors Company .