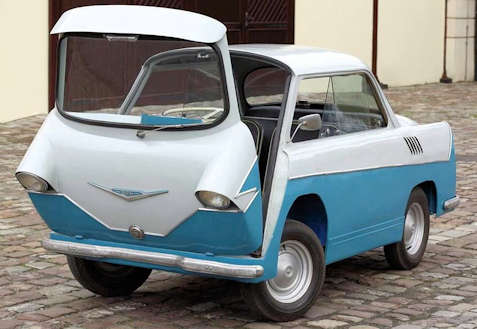 Smyk was a Polish microcar brand from the 1950s.

The only model was a microcar . The vehicle had a single door on the vehicle front, comparable to the BMW Isetta . Access to the rear seat, which was intended for children, was only possible after the back of the passenger seat was folded forward and the complete passenger seat was left folded on the driver's seat.

The car was powered by a single-cylinder engine - four-stroke engine in the rear, of from 350 cc capacity 15 to 16 PS gave performance. This engine was also installed in the Junak motorcycles of the same manufacturer.

Smyk was a Polish microcar brand from the 1950s.
Updated
Saturday, 02 November 2019
Edited By
MCH