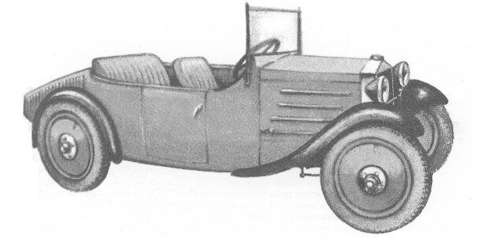 The company produced small cars. In the first model, a built-in motor made by JAP with 495 cc capacity for the drive. The engine was mounted in the rear. Later, an engine of JAP with 600 cc displacement was used. In the 1930s, a two-cylinder two - stroke engine with 1000 cc powered the vehicles.

On offer were open and closed bodies, which offered space for four people.