The Peugeot 304 is a car produced by the car manufacturer Peugeot from 1969 to 1980.It was presented in October 1969 at the Paris Motor Show in the version as a sedan . The design of the body for this vehicle comes from the house of Pininfarina in Turin ( Italy ).

The 304 is an elongated and modernized variant of the 204 , it was launched in 1969 , along with the Renault 12 , its main French competitor. The front, equipped with trapezoidal headlights, is inspired by that of the 504 released a year earlier in 1968 . At the rear, the cantilever is longer.The 304 had a transversely mounted light alloy engine, which, in contrast to the rust-prone body was considered innovative and reliable. The engine press criticized the circuit, which caused problems especially when downshifting from third to second gear.

The 4 door sedan and trunk , which can carry 5 passengers. the hull is similar to that of the 204 except for the rear where the trunk trunk is larger and more square shape; by opening the trunk, we easily see the sheet metal parts that are grafted on the structure of the 204, the rounded shape of the rear of the latter is extended by a welded and jointed part, which allows to extend the car without big investment, this length benefiting directly to the capacity of the trunk , much more than that of the 204  , often criticized on this point. The hull will remain unchanged until 1973 or the rear of the pavilion will be redesigned, allowing a better roof guard inside, and giving a more "square" line to the vehicle.

The range of bodies of the Peugeot 304 is modeled on that of its elder: there is a sedan , a coupe , a convertible , a station wagon and a utility wagon. The sheet steel body is of the monocoque type , the ten opening being themselves removable and fixed by screws and nuts whose diameter varies from six to ten millimeters: bonnet, front fenders, doors, trunk trunk, rear fenders. The body is protected by solid stainless steel bumpers - insensitive to corrosion - coated with rubber beads.

The mechanical assembly before rests on a removable cradle whose design evolves little over the career of the vehicle; he is bolted to the box in ten points: six on the crossbar at the extreme front of the vehicle, and four others located under the front floor.

The front suspension of the vehicle is pseudo MacPherson type . It consists of lower wishbones mounted on the cradle by means of silent blocks, which receive wheel side, a carrier rocket which is anchored the whole shock absorber assembly, the latter being fixed to the body by bolts, visible from the engine compartment. At the settings level, only the opening and the pinch are adjustable by the rods of the rack. During the last two years of production, the 304 receives the front axle of the new 305 , which is, this time, MacPherson type, an arm and an anti-roll bar form the lower triangle on which is fixed the stub axle .

The rear suspension consists of steel sheet arms anchored to a transverse tube of large section, itself fixed by elastic joints on bearings screwed on the hull. These arms receive, as in the front, a combined shock absorber attached to the hull; during the first years of production, the arms are of the "unthreaded" type: the shock absorber assembly is fixed on a clevis, itself screwed on the top of the arm. In 1973, the arms are modified and become of the type "crossed": the screed is, this time, fixed under the arm, through which the combined spring-damper, this new installation allows a stronger arm because strengthened, a better distribution of forces on it, but also the use of a longer shock-absorber combined.

The braking of the car is hydraulically controlled. It consists of a master cylinder with mastervac assistance , acting on the wheels via hydraulic lines of 4.75 mm diameter. The front brakes are discs, and those behind the drums. The braking circuit is of the "single circuit" type: a pipe serves each front wheel, and a third part towards the rear where it is returned to each wheel via a splitter fixed on the floor, in front of the train back.

The engine is of the four cylinder in-line transverse to camshaft head (unpublished for this level of the model) and the gear box is located below the engine block; the assembly has a common housing and is lubricated by the same oil. The cooling circuit does not have an expansion tank , the radiator is placed at the front just behind the radiator grille; the fan is electrically engaged, the coupling being provided by an electromagnet. The shift control is at the steering wheel or floor depending on the models. Steering is rack and clutch is of the dry single-disc type, control of the latter not being provided by cable but by a specific cylinder using the same liquid as the braking circuit.

The Peugeot 304 in all its forms has, for many years, disappeared from the second-hand market, the last copies having been manufactured in 1980 , with rust  on this model, the various devices to aid the acquisition of clean vehicles created since the 1990s, are all reasons for its premature disappearance.

The Peugeot 304 was built during a period when anticorrosion treatments were not as efficient as today, it is therefore quite difficult to find a copy in good condition at the body.

In the case where the car is in good original condition, maintain it in condition can be done with a treatment of hollow bodies preventive way, or even curative, with suitable products: wax hollow body when are healthy, or Rustol when the corrosion is already present: longitudinal members, sleepers, inside of wings, wells of dampers, passages of wheels ...

The most delicate points in the body of the Peugeot 304 are numerous; they are located at floor level, the humidity stagnant under the soundproofing, they are filled with water and accelerate the phenomenon. The front and rear shock mounts, often neglected during vehicle washing, can eventually be attacked by corrosion and degrade quickly, making the vehicle unsafe. The boot floor, as well as the seam of the rear fender liners (where the original shape of the back of the 204 is recognized) are also susceptible to corrosion, with moisture nesting in the interstices between the seats. different sheets forming the body.

By the time production ceased in the fall of 1980, well over a million vehicles of this type were built.

Model successor of the already introduced in November 1977 was Peugeot 305 . 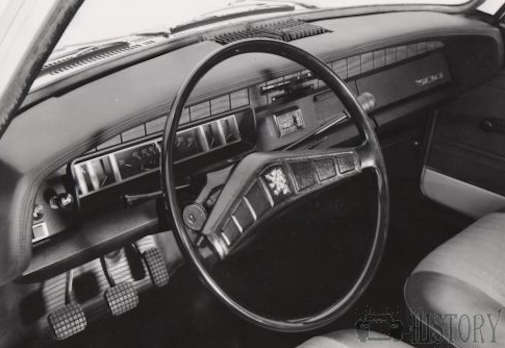