The Peugeot 201 is an automobile produced by the French manufacturer Peugeot between 1929 and 1937 . First French car to be equipped with independent front wheels, it is also the first car of the brand to pose the principle of the use of the "0" central nomenclature still in force today (the previous Peugeot were numbered according to of their order of arrival, so that there were types 101 to 109, but it was not a trade name). Peugeot then made a filing of three-digit marks with this central zero.

The history of the Peugeot 201.Its design barely started the First World War ended by the will of its then boss Robert Peugeot , who wanted to regain the luster of the past with a new model very simple and economical to allow the manufacturer of Sochaux to face the difficult period of postwar penalized by inflation rampant.

Robert Peugeot began to apply its plant the principles of mass production into mass production developed by Henry Ford , already adopted by the Fiat of Giovanni Agnelli in Italy in 1916 and France by André Citroën . The actual implementation of the new model was thus able to begin in 1927 with the drafting of the first components of bodywork but, a few months later, new financial difficulties arise and bring to light all the ambiguity of the recourse to the help from Rosengart who does not respect its contractual commitments. It is necessary to come to the denunciation of the financing contract to get out of this impasse and thanks to the loan finally granted by a bank , the Bank Oustric , even if this one is mixed with several doubtful businesses.

This new model launched by the brand is a small car with four doors that will be equipped, two years after its launch, independent front wheels. Its simple and frail frame receives a very classic bodywork separated and bolted on a wooden structure. On the aerodynamic side, the car retains the old style of pre-World War I "bait" with a very high vertical grille and flat and vertical windshield . Everything is very cubic, type soap box. Braking the car was an adventure on its own because only the front wheels were equipped with it. Peugeot was one of the few manufacturers to keep the cable system very long. It was certainly possible to slow down the vehicle but to stop it in case of emergency was something else, even at the "fantastic" speeds of the time.

This car was a small miracle for its manufacturer because it was a great commercial success and its production rate has reached 350 copies per day, a feat at the time when it took more than five hundred hours of work to assemble a production car. This success is mainly due to the commercial policy of his boss Robert Peugeot who, under the threat of bankruptcy, imposed a sales price more than competitive. It was then a vital issue for society. It will be one of the cars most produced by the brand to the lion that will allow him to rebuild a small financial health well undermined with its previous failures.

Commercialized as soon as it was presented at the Paris Salon in sedan, convertible and roadster versions, the second series launched in 1931 saw the appearance of a coupé, a commercial roadster and a commercial saloon. To make a racing model, the Peugeot 201 will equip a motor Bugatti 994  cm 3 . It was the second cooperation between the two manufacturers that gave the 201 X variant . This model has been produced only about twenty copies.It allows Olga Thibault to win the Paris Rally - Saint-Raphaël Féminin in 1935.

Peugeot also presents the 201 T , a utility version with an extended wheelbase from 44 cm to 2 910  mm . Because of its excessive weight increased by 160  kg , its payload was relatively low and its speed decreased to 60  km / h .The big news comes with the 201 C . It will be a revolution in automotive technology with for the first time a car equipped with independent front wheels. This version was marketed in five variants of bodywork: sedan, coach, convertible coach, roadster and convertible.At the end of the year 1931 with the 201 E or 201 fast, with improved benefits mainly due to a reduction in the weight of the car. 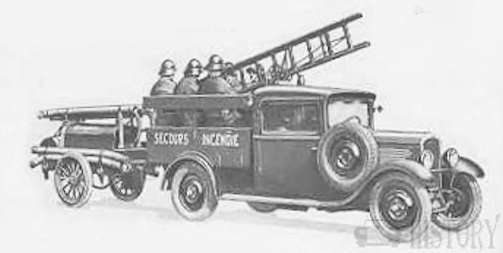