The Peugeot 206 is a supermini manufactured by the French automaker Peugeot from 1998 to 2010. Even though the 206 has finished production in most markets as of 2010 (2009 in Europe), it is available as the 206+, with new front and rear treatments that resemble the Peugeot 207.

During the early 1990s, Peugeot decided not to directly replace the Peugeot 205, citing the reason that superminis were no longer profitable or worthwhile. Instead, Peugeot followed a unique strategy and decided that its new, smaller, supermini, the Peugeot 106 (launched in 1991) would take sales from the lower end of the 205 range while the lowest models of the Peugeot 306 range, launched in 1993 to replace the Peugeot 309, would take sales from the top-end 205s. Between the 106 and 306, Peugeot hoped that the 205 would not need to be replaced, and could be phased out slowly, while customers who would normally plump for the 205 would continue to have a choice with either a smaller or larger car.

Unfortunately for Peugeot, this strategy did not work. With the 205 phased out, other superminis like the Ford Fiesta and Volkswagen Polo continued to sell well and even increased in popularity, and without a direct competitor to these cars Peugeot was losing sales fast. A new supermini was required, and the 206 was launched in 1998 as a somewhat belated replacement for the 205.

It was built in France and England until the end of 2006. The end of British production coincided with the closure of the Ryton plant which Peugeot had taken over when buying Chrysler's European division in 1979.

From April 2010, the Peugeot 206 was no longer listed on Peugeot's current UK model range. LHD production finished in June 2010.

With no larger in-house rival from Citroën to base its new supermini on (the Citroën Saxo shared its platform with the 106), Peugeot developed an all-new front drive platform for the 206.

The 206 was mainly manufactured in Peugeot's Poissy and Mulhouse factories although the car is also produced by Iran Khodro in Iran for that market. It was assembled in Chile for the Mexican and Colombian markets (French made 206s were cheaper than Chilean-built ones, in Chile). The Brazilian production in Porto Real, Rio de Janeiro, started in 2001, followed by the SW version in 2005. The Brazilian production features 1.0L 16V, 1.4L 8V, and 1.6L 16V engines, the last two of which are flexible fuel engines (petrol/ethanol). The 1.0L version used a Renault-sourced engine and was produced until 2006.

The Peugeot 206 was also built at Ryton in Coventry, England, however, with the introduction of the '207' to the range Peugeot decided to close the Ryton factory and move production to Slovakia with EU funding. This was despite the workforce and management meeting or exceeding Peugeot quality and efficiency targets, making it one of their best plants. Ryton closed in January, 2007 with the loss of 2,300 jobs making it another blow to the British motor industry after MG Rover collapsed. The Peugeot 206 proved to be a sales success all over Europe. It was the best-selling car in Europe from 2001 to 2003.and it was the best car of the year of UK for 3 years 1998-2001 The 1.4L XR was the best-selling model. On May 26, 2005, the 206 celebrated the five millionth unit produced since its commercial launch on 10 September 1998. Sales in the United Kingdom were strong from the start, with the 206 regularly being among the nation's five most popular new cars during its first six years on sale. Second-hand examples of the 206 traditionally hold their value well, due to high demand

The Peugeot 206 is also being produced in Villa Bosch, Buenos Aires, Argentina since 1999. The trims being manufactured are XR, XRD, XS, XT and XTD. The diesel powered versions use the naturally aspirated DW engine. Some of these versions are equipped with local-made engines in Jeppener, Buenos Aires

In May 2006, the Malaysian car manufacturer Naza launched a locally assembled version of the 206 with the name of "206 Bestari". In 2006, Peugeot started production of the 206 in China. In September 2006 Citroën China produced a slightly modified Peugeot 206 called Citroën C2 (this car has nothing in common with the European Citroën C2). 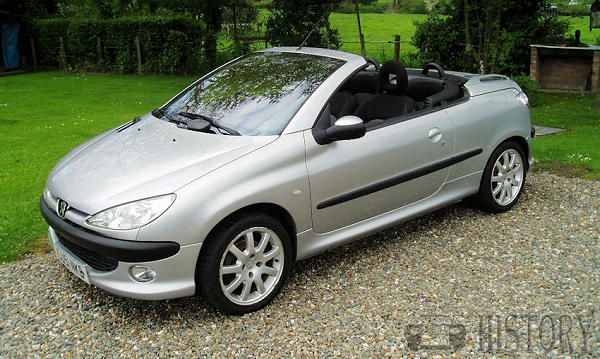 Introduced in 2000, the 206 CC (sometimes spelled as 206CC) cabriolet featured a powered fold-away roof based on the Georges Paulin system first seen on the 1935 Peugeot 402 Eclipse coupe. It has since been replaced by the 207 CC.

Introduced to the market in 2003, the Peugeot 206 GTi 180 and 206 RC brought high performance to the product range. The range topping GTi 180 was brought to the UK market, while the 206 RC was introduced to the rest of Europe. The new 'hot hatch' used the 2 litre EW10J4S engine, which produced 175 bhp (130 kW; 177 PS) thanks to variable valve timing and modified inlet and exhaust manifolds. Other features on the 206 GTi 180 and 206 RC include 17 inch alloy wheels, racing bucket front seats, a short shift gear linkage and altered gearbox ratios (1st & 2nd gears). The new car was capable of reaching 62 mph (100 km/h) in 7.4 seconds. 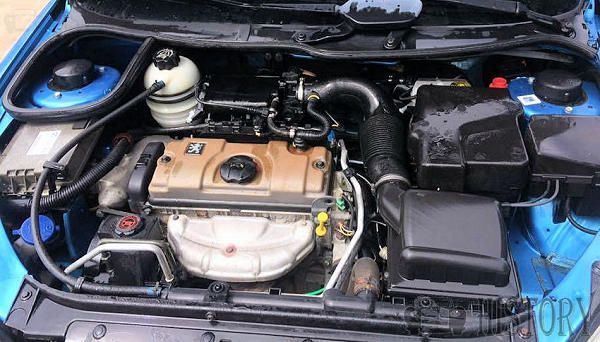 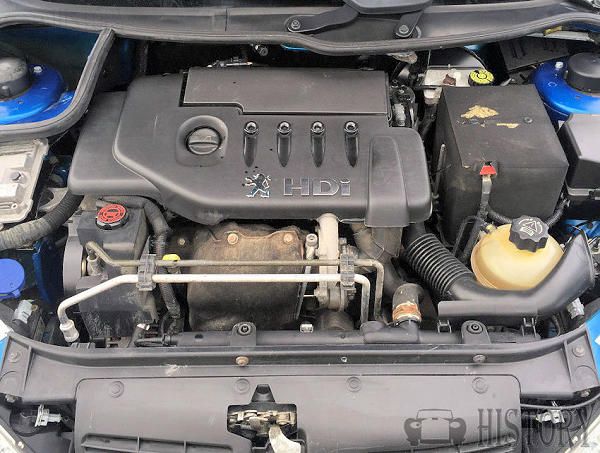 A notchback sedan model was developed in Iran under the name Peugeot 206 SD, as of 2006. It was jointly designed by Peugeot and Iran Khodro and is the fifth and last version of Peugeot 206 models.

In 2006, Iran Khodro started exporting 206 SD to other countries including Russia, Turkey and Algeria.In Brazil, the 206 SD will be produced starting at October 2008 and sold as 207 Passion. It is not related, however, to the 207 sold in Europe.

In Malaysia and China, it is also sold as the 207, which is sold only as sedan version there.

Starting 2006, the 206 is being sold by PSA, for the Chinese market only, under the Citroën brand, with a modified front and rear body; this is similar to the way the Citroën LN was derived from the 104. The car is sold as the Citroën C2, although it has no common features with the European Citroën C2. Later on in 2006, PSA decide to sell the 206 as the Peugeot 206 as well.

Following brands like Fiat and Volkswagen, Peugeot sells an off-roader version of the Peugeot 206 in selected South American markets, called the Peugeot 206 Escapade. It is essentially a Peugeot 206 SW station wagon with a rugged SUV-like bodykit and higher and rougher suspension. It is powered with a 1.6L 16v engine.

In Malaysia, the Peugeot 206 is also marketed under the Naza name. It is sold as the Naza 206 Bestari, and is available in 1.4L petrol engine (TU3JP), and with the option of 5- speed manual transmission and 4-speed automatic transmission (codename AL4). It was replaced by 206 SD, which is renamed as 207 in Malaysia.

In 1999, Peugeot Sport unveiled the 206 WRC, and it competed for the first time in that year's World Rally Championship, with French tarmac veteran and long-time marque stalwart Gilles Panizzi narrowly failing, against a resurgent reigning champion in Mitsubishi's Tommi Mäkinen, to win the Rallye Sanremo. The car was soon a success, however, and won both the manufacturers' and drivers' championships in 2000, Peugeot's first such accolades since their withdrawal from the WRC after Group B was banned after the 1986 season, and achieved in the hands of Panizzi, Francois Delecour and Mäkinen's successor as drivers' world champion, Marcus Grönholm.

For 2001, Grönholm competed alongside two refugees of SEAT's exit from the championship at the end of 2000; compatriot Harri Rovanperä and the French 1994 world champion, Didier Auriol. Rovanperä and Auriol each contributed single wins, on Swedish Rally and Rally Catalunya respectively (the former to be a sole career win for the Finn, and the latter victory helped by assorted problems for the blisteringly quick debuting Citroën Xsara WRCs), before Auriol left the team at the end of the season. Grönholm, meanwhile, suffered sufficient reliability woes in the first half of the year such that he could manage no higher than fourth overall in the series, although Peugeot did fend off Ford, with a 1-2 result by the two Finns on the season-ending Rally of Great Britain to successfully defend the constructors' championship title.

In 2002, Grönholm – despite now being paired in the factory line-up with defending 2001 champion from Subaru, the Briton Richard Burns – led Peugeot to a repeat of the WRC title double aboard his 206 WRC. His dominance that year was compared to Michael Schumacher's dominance of Formula One. In summary, Peugeot won two drivers' championships, in 2000 and 2002, and three manufacturers' titles in a row between 2000 and 2002. However, by 2003 the 206 WRC was beginning to show its age and was less effective against the competition, notably the newer Xsara WRC and the Subaru Impreza WRC, so it was retired from competition at the end of the season, to be replaced with the 307 WRC, albeit, unlike its predecessor, based not on the production version's hatchback, but its coupé cabriolet body style.

The Peugeot 206 WRC was awarded the Autosport "Rally Car of the Year" in 2002, preceded by the Ford Focus WRC and followed by the Citroën Xsara WRC. Peugeot GB created a Peugeot 206 rally championship aimed at young drivers. The championship was created to help young drivers develop their careers. The cars were built by Vic Lee Racing and drivers such as Tom Boardman, Luke Pinder and Garry Jennings all drove in the championship.

The WRC car was homologomated with the 206 GT, similar to the 206 GTi but with front and rear body extensions to bring the car from the standard road car's 3.83 meters to the rally car's 4 meter length.