The Peugeot 405 is a large family car released by the French automaker Peugeot in July 1987 and which continues to be manufactured under licence outside France. It was voted European Car of the Year for 1988 by the largest number of votes in the history of the contest. About 2.5 million vehicles have been sold worldwide in left-hand and right-hand-drive versions, as a berline (saloon) and break (estate).

Its appearance is similar to the Alfa Romeo 164, launched the same year and also styled by Pininfarina. It used TU/XU petrol and XUD diesel engines.

The 405 was a popular model in Thailand, following the success of the Peugeot 505 after the Government of Thailand cancelled a restriction on CBU car imports in the late 1980s.

By 1989, 500,000 vehicles had been produced, and the 1 millionth 405 left the Sochaux factory the next year. A minor facelift in 1991 included a change in transmission with the BE1 replaced by the BE3 and updates to the dashboard, steering wheel, and soundproofing.

In 1993, a revised 405, referred to as the Phase 2 model, was introduced featuring a new rear design with new rear lights and boot design, and a revised interior with a new dashboard. The turbocharged, 16v, 4WD 405 T16 (LHD only) was also introduced. The 405's replacement, the 406, was introduced in 1995, and the 405 saloon was discontinued in Europe, whilst the estate continued on sale in Europe until 1997. About 2.5 million vehicles were sold worldwide.

Iran Khodro also produces several models derived from the 405. The Peugeot Pars, also known as the Peugeot Persia, is a facelifted 405 with a redesigned front end including clear lamp lenses and a revised rear. The Peugeot RD is a rear wheel drive car which has a 405 body and mechanical parts from the Paykan. Since 2006, it has been sold in certain Middle Eastern markets as the Peugeot ROA

The Samand, which was designed to be a "national car" for Iran, is also based on the 405 platform. It replaced the long-running Paykan which was itself based on the Hillman Hunter, an ancestor (in corporate ownership and model positioning terms) of the 405, having been produced by the Rootes Group and Chrysler UK from 1963 until 1979 - the year that Peugeot purchased Chrysler's European operations.

The most famous motorsport version of the 405, the rallying 405 Turbo 16 GR, was very different from the road-going 405. It was built in a coupe body style in mid-engine configuration, had constant four wheel drive with electronically adjustable center differential like the 205 T16, as it was based on the same technology. At least four were produced, competing in hill climbs and the Paris-Dakar rally. Today, three are in the official Peugeot museum, and the other is in a private collection.

Racing 405s much closer in specification to the road-going models were campaigned for several years in European touring car racing during the early to mid 1990s, most notably in the British Touring Car Championship and the French Supertourisme Championship. In Britain, the 405 did not achieve much success, but the car won the French series in both 1994 and 1995, in the hands of Laurent Aïello. 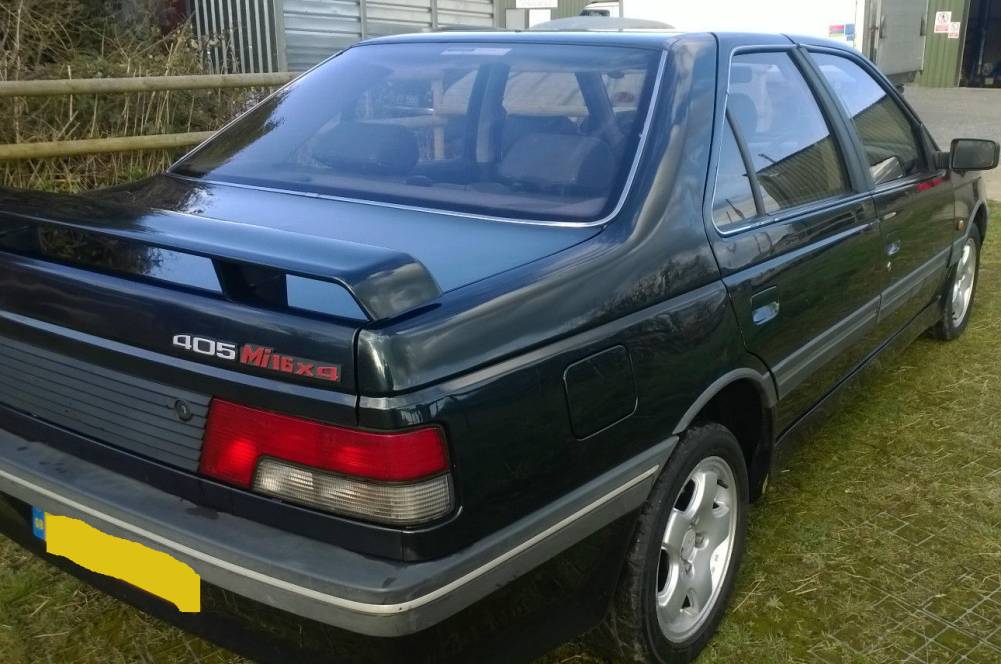