Automotive manufacturer of Barcelona ,Spain from 1946 to 1994. 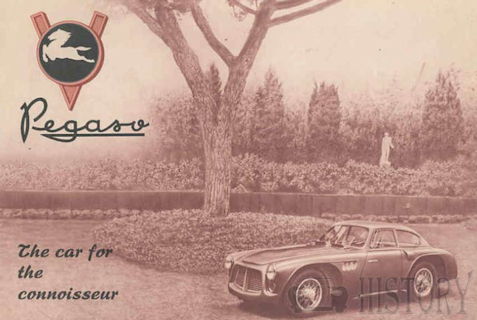 Pegaso was the successor of the Spanish motor vehicle manufacturer Hispano-Suiza after the nationalization of the work in Barcelona by the Franco regime in 1945. Pegaso was the brand name of the national company founded in that year ENASA ( Empresa Nacional de Autocamiones SA ) in Madrid ,

The car production of Hispano-Suiza was due to the looming war (which actually began a year later) set in 1938 in Paris , but continued in neutral Barcelona for some time. After the Second World War , the company was continued by the Spanish head of state General Francisco Franco as state property ENASA (Empresa nacional autocamiones sociedad anonima) and built under the brand name PEGASO mainly commercial vehicles .

To give the brand international recognition and its own employees an incentive to the highest precision, designed the former engine designer Alfa Romeo , the engineer Wifredo Ricart , the most famous car of the brand, the prestige object Pegaso Z-102 , which presented in 1951 at the Paris Motor Show has been. This sports car was progressively designed for the 1950s, but was built just under a hundred times. He had initially a 2.5-liter V8 engine with two overhead camshafts ( DOHC ), which are driven by gears , anddesmodromic valve control without valve springs. In addition, a 2.8-liter V8 engine was offered with four Weber double downdraft carburetors . On request, the larger engine could be provided with a motor charging , which further increased the performance. The coupe had a De Dion - rear axle ; the synchronized five-speed transmission was with the self-locking differential locked ( transaxle ) and mounted behind the rear axle. The front wheels were singlesuspended. Hardly a car resembled another, because the factory bodies were considered unsuccessful and all well-known coachbuilders literally tore to make the sports car of this manufacturer.

The Pegaso sports car in its first version Z-102 was considered to be an advanced car according to the judgment of contemporary experts and testers, albeit with some design flaws (such as steering and shifting), but in any case was very powerful and even in its simplest Execution ran over 200 km / h. The Z-102 was also used on a smaller scale in motorsport and was able to win some races. Up to 265 kW (360 hp) and a top speed of over 250 km / h, the supercharged versions were among the fastest sports cars of their time.From 1955, the successor type Z-103 was presented. also with V8 engine.

Since then, Pegaso has concentrated only on the main task of ENASA, the production of commercial vehicles , which initially limited itself to the production of flatbed trucks and dump trucks thanks to the long-term foreclosure of the Spanish market and its registration requirements. The 1000 series of cabs with split front windscreen already had 1963 160 hp (118 kW) from a straight six-cylinder engine. It came to rather unusual truck models (at least compared to other countries) of particular length with two steered front axles and one or two driven rear axles, since saddle and articulated trains were largely unknown until the 1980s on Spain's roads. In addition belonged omnibusesto the delivery program. Later, vans / vans from SAVA were added.

Pegaso placed since the 1950s also various military vehicles to the Spanish Army ago, including trucks and armored cars with all-wheel drive . In the 1960s, the British Leyland Motors participated in Pegaso, but the success did not occur. A decade later, in the 1970s, its Dutch partner, the commercial vehicle manufacturer DAF , took a stake in Pegaso, but he, too, had no greater success. International Harvester (IHC) had a 35% share in the early 1980s . In 1984, ENASA took over British commercial vehicle manufacturer Seddon Atkinson, previously also an IHC subsidiary.

In the late 1980s, Pegaso was for privatization, modeled after SEAT . Due to a cooperation between MAN and Pegaso in the production of a light truck and a bus , MAN applied for the takeover. However, in late 1997 , FIAT's IVECO , its truck and bus subsidiary , acquired ENASA and continued Pegaso as its own brand of IVECO in Spain. For the Spanish army, fire brigade, etc., the 265 kW (360 hp) Euro-Tech series was powered by a straight-six with turbocharger , which were also produced almost identical in a branch factory in Venezuela . 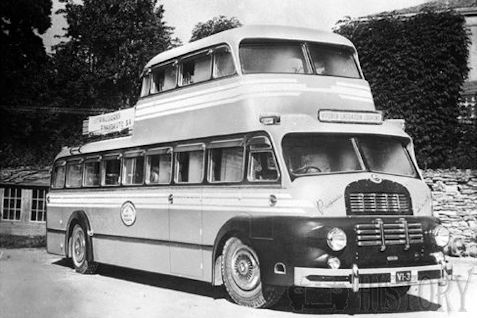