From 1955, the successor to the Z-102 was the type Z-103 , this also with the V8 engine, but partially enlarged and in a simplified version with overhead valves and a central camshaft in the engine block . Depending on the version, the displacement was enough from 2,816 to 4,780 cc; Upon request, a supercharger was available again with a top speed of 170 mph . The bodies constructed from both steel and part aluminum

From 1957, exclusive convertibles with 3.2- and 4.5-liter engines were built by the local coachbuilder Serra. Some experts criticized that Ricart instead of the V8 better equal V12 engines for the sports cars should construct, in order to compete more successfully against Ferrari . So that company, its adversary Enzo Ferrari belonged, who had left Alfa Romeo in 1939 after differences with Ricart. Ricart parried this argument pointing out that a V12 engine would have the rather small sports car to top-heavy and he wanted the best possible compromise between performance and driving characteristics. Nevertheless, despite the plausible design principle must be stated that the Pegaso was compared to Ferrari on the international stage because of the V8 engine something at a disadvantage, because the Italians built since 1945 racing cars with V12 engines, which had already gained world fame. 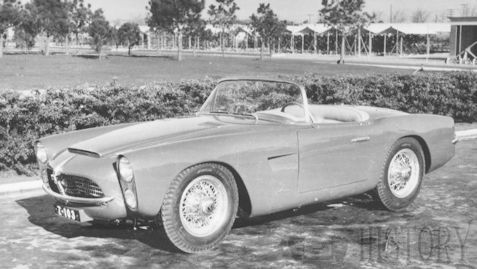 Because of the modest sales figures, not least because of the very high price, the car production was abandoned in 1958. Shortly thereafter, the production facilities were dismantled and scrapped at Franco's personal request. as few as 5 Z-103 cars built so its a very rare car,a few more built in the early 60s from leftover parts. 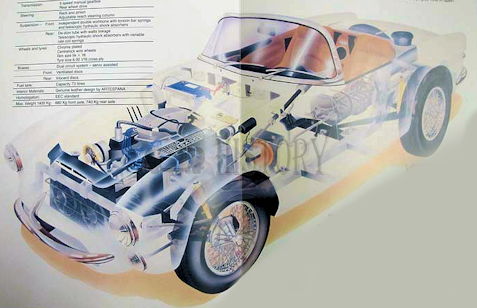 Later a replica based on Z-103 Spider was made by British design firm International Automotive Design (IAD)  Shown above.This was powered by the Rover V8  3.9L with Artespana leather interior and Nardia wood steering wheel,around 11 were built in total in ther early 1990s. 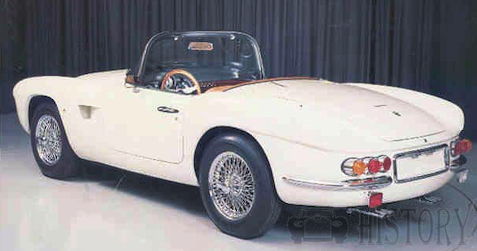