The Panther Solo is a mid-engined sports car that was made by the British company Panther Car Company. It was available as a two-seat coupé, with the option of additional rear seats to make it a 2+2.

The car was overdue, as it was to be launched in 1985, but Toyota brought out their MR2. As such, the car was delayed until 1989 when a newer, more complex chassis could be produced which incorporated 4WD. A steel floorpan was joined to front and rear subframes while the centre cockpit and bodywork was made in composite material. At the front the car used MacPherson struts, while at the rear double wishbones helped give the great cornering power. The engine was the same Cosworth unit which had been developed for the Sierra, though in the Panther it was mounted behind the driver. Up front was rack and pinion steering while brakes were 10-inch (254mm) ABS assisted discs. The driving experience was good, but the
looks weren't convincing enough and, after just 26 cars had been made, Panther gave in to the tough competition and stopped production in 1990.

The first Solo, the Solo 1, was a simple mid-engined rear wheel drive car. It had a Ford 1.6 CVH Engine (as fitted in the Ford Fiesta XR2) and was designed as a replacement for the marque's volume model, the Panther Kallista. The car used relatively simple technology, had contemporary styling and was clad in a fibreglass body in order to save weight. However, Toyota launched their new MR2 around the same time, and the Solo was unable to compete with this Japanese rival.

The South Korean original owner of Panther Mr Y. C. Kim made the decision to amend the Solo after taking a vacation in Guam where he saw one of the early MR2"s. A new styling design for the Solo was created by Mr Ken Greenley of the London RCA vehicle styling school : with a slightly larger 2+2 layout with a composite upper body, permanent four wheel drive and the engine being mid mounted from a Ford Sierra Cosworth. This would be called the "Solo 2". The body engineering designers involved were :- Martin Freestone (composites), Keith Hunter (underbody & structure), William "Bill" Davies (details), Mert Wreford (making coffee).

The Solo 2 used the Ford Sierra RS 1,993 cc (121.6 cu in) engine with twice the horsepower of the Solo 1. It was mated to the Borg-Warner T-5 (same as in the RS), which drove a Ferguson four-wheel drive system modified by Panther to use XR4x4 components, including both differentials. The company decided also to stretch the wheelbase to accommodate 2+2 seating, which was partly done by ex-Ford Europe engineers who had worked on the Sierra Cosworth and XR4x4. March did the aerodynamics, producing a Cd of 0.33, as well as producing the composite construction, encouraged by March chairman Robin Herd. One of the development cars had a twin turbo setup due to the know turbo lag issues. The theory was that two smaller turbos would eliminate the lag of one larger turbo.

A troublesome area was with the 4 wheel drive transfer box. This was a custom made part, the internals were chain driven and the chains had a habit of self destructing when abused.

The lower body of the Solo 2 was a space frame made primarily of steel with the upper body being made from aluminium honeycomb sandwiched between multiple sheets of impregnated glass fibre bonded with epoxy . The upper body was to be glued using an aerospace adhesive to the lower chassis. No rollbar was needed.Suspension used Escort struts in front, while the disc brakes were fitted with Scorpio-derived ABS.

It is not known exactly how many vehicles were built (however it was between 12 and 25), as sometimes Panther would change the chassis number of prototype cars. All but three Solos were sold to the public, two were destroyed, and one is still owned by the then owner of Panther. One vehicle was written off by a motoring journalist who walked away unhurt from the wreckage. 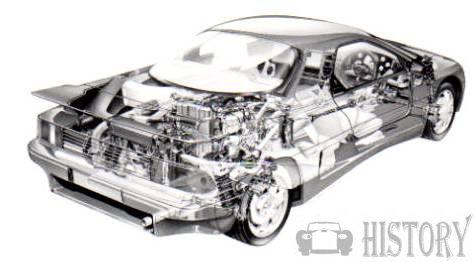