The Petit Véhicule Protégé  "Small Protected vehicle"is a light, general-purpose armoured 4-wheel drive vehicle used by the French Army, made by Panhard. It is also designated as Auverland A4 AVL(Armoured Vehicle Light). Built by Auverland, it is the successor to the Peugeot P4. It is intended mostly as personnel carrier, weapon carrier, and for reconnaissance, detection and communications purposes.

The PVP is modular, allowing extra seats to be added for more personnel, or to be used as a light truck. The armour, made of steel and aluminium, offers level 2 protection (STANAG 4569) for the crew and the engine. The floor is protected against antipersonnel mines (type DM 31). 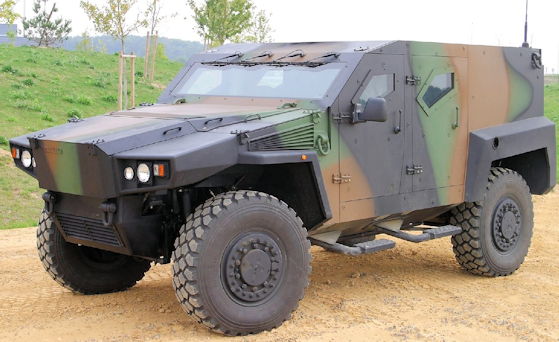