Australian Automotive manufacturer  Australia From 1899 to 1904 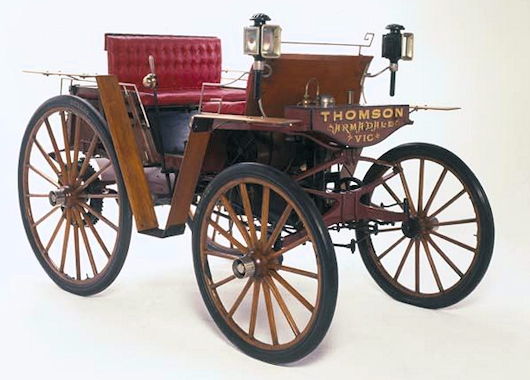 The Thomson Motor Car Company Ltd. was an Australian manufacturer of automobiles from the late part of the 1890s.

Herbert Thomson from Armadale in Melbourne  in 1899 founded the company and started producing automobiles. The brand name was Thomson . Although he received 150 orders, he produced only twelve vehicles. Melbourne Fire Brigade , Melbourne Post Office and Tamworth Shire Council took each from two vehicles. The remaining six cars went to private buyers.1904 the production ended.

The offer included steam cars. In the prototype of the steam engine made 5 hp , in the standard version with two cylinders 10 hp. The vehicles offered space for four people, the prototype in vis-à-vis arrangement.