Australian Automotive manufacturer  Australia From 1986 to 1996 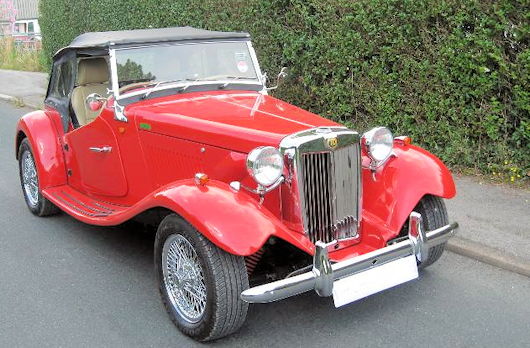 Ross Marshall of Marshall Car Company Australia Pty Ltd of Sydney invested 3 million Australian dollars in the development of a vehicle. in 1986 started the production of automobiles. The brand name was TD 2000 . Planned was the annual production of 12,000 vehicles and the worldwide sale.1988, production ended.

TD Cars from Malaysia took over the project in 1998.

The model was similar to the MG TD from the 1950s, but was 6 inches wider. The engine and drivetrain were from the Nissan Pintara of the Nissan Motor Manufacturing Company (Australia) . The transmission had five gears. The open body was made of fiberglass .