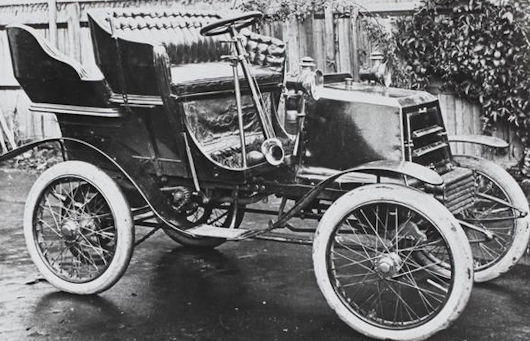 The Tarrant Motor & Engineering Company in Melbourne was an early automaker in Australia. The company was founded in 1901 by Colonel Harley Tarrant .

After building 16 motor vehicles, it became clear that manufacturing in Australia was not profitable given the state of foreign automotive technology, especially mass production.

In 1908 Tarrant took over the sale of Ford cars and stopped building there cars.

The Tarrant was a two-seater roadster and front-mounted engine. The side -mounted four-cylinder in-line engine had a displacement of 3.5 l and developed a power of 16-18 bhp (11.8-13.2 kW).

The last surviving Tarrant was bought in 2002 by the Royal Automobile Club of Victoria .