Australian Automotive manufacturer From 1922 to 1926 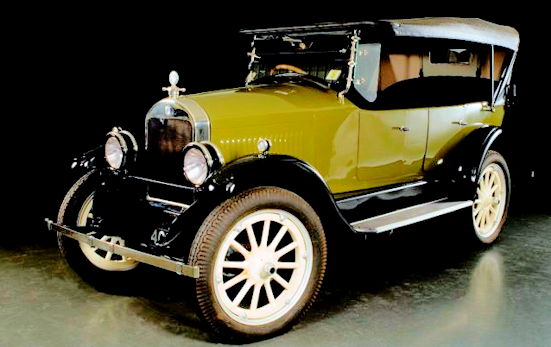 Kelly Motors was an Australian manufacturer of automobiles .

The company from Sydney began in 1922 with the production of automobiles. The brand name was Summit . 1926 ended production. A source states that only a few vehicles were created. Another cites several hundred vehicles.

The base was a chassis with 2845 mm wheelbase . On it various bodies such as touring cars and roadsters were mounted. From 1924, a limousine wasavailable. Unusually, the suspension was.

A four-cylinder engine from Lycoming with 3384 cc displacement propelled the vehicle. The transmission had three gears. The equipment included a car radio , cigarette lighter and electric brake lights .